dear man on the bus: slam poet pages matam speaks up against ignorance 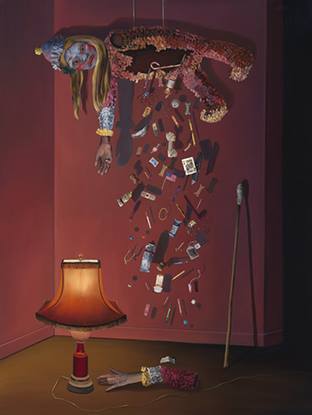 When a poem begins with the line: ‘To the man on the bus I overheard in conversation tell a woman, presumably a friend, “You are too ugly to be raped”’ you cannot simply close your ears and move onto the next thing on your agenda. I was shocked to hear that someone actually said that to a woman. Here I was thinking that maybe men’s perspectives would be moving forward in this day and age. Alas, they may not be … and as a victim of sexual abuse myself I found myself both compelled and scared to continue listening to the poem.

The poem is ‘Piñatas,’ performed at the National Poetry Slam in Boston this month. The author and performer is Pages Matam, a slam poet originally from Cameroon, Africa and a current resident of Washington D.C.

‘Piñatas’ is one of those performances you just cannot ignore. Pages introduces us to a haunting conversation he overheard on his commute home from work; a conversation in which patriarchy is spoken loud and clear. It was this conversation, as well as a painting titled ‘Piñata’ by Tina Mion – which he saw just a few weeks later – and the people close to him whose lives had been scarred by rape and molestation that inspired him to write the poem.

The piece is littered with beautiful and challenging lines such as ‘tell them you will not make piñatas of their bodies,’ ‘dear nameless assailant – this bus carries the burden of your stick and blindfold patriarchy heavy on your tongue’ and finishes with ‘I pray that no one ever finds your children beautiful enough to break open and make a decorative silent spectacle out of them.’

Met with a loud applause worthy of his strong delivery and chilling poetic letter to an arrogant man, Pages leaves the stage and we are left with nothing but ourselves to contend with. How can we change perspectives and actions such as these? How many more rapists will go unchallenged in our modern society – one that is supposedly moving forward and not backward?

When I asked Pages these questions he, said: ‘The work [to be done to change these issues] starts at home with how we raise our children … work we do in our communities … [and] within having such a mind frame of love and respect for one another as human beings.’

He also told me that ‘these issues exist … because a lot of people didn’t receive love in their lives, are hurting inside, have some mental issues (which by the way doesn’t excuse the behaviour at all), and then there are people that are just plain sick.’ He believes the biggest issue of all is ‘awareness’ as it is ‘the culture, the society, the media and the traditions/morals we are taught’ that continue the cycle of violence, pain and a lack of redemption and change.

I asked him if he had any advice for young women and writers and he replied that we should be ‘as authentic and genuine with [our] writing and approach to writing/performing as possible.’ Noble words from an inspiring young man who is at least one out of millions of men out there who are not giving into patriarchal culture and are standing up for men and women who have previously not been allowed to have a voice.

Pages was a very kind and generous person to contact and I thank him for his help and speedy replies. You can find him on Facebook and view his older pieces and projects there.

2 thoughts on “dear man on the bus: slam poet pages matam speaks up against ignorance”