feminism and testicles: women in publishing 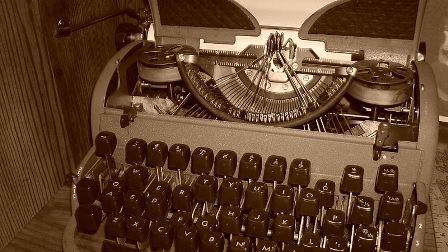 The literary journal The Lifted Brow was recently accused of gender discrimination because their sixteenth edition published eighteen men compared with fourteen women. On their Facebook page, The Brow wrote: ‘Are we doing publishing wrong?’

The status received over thirty comments in a matter of hours. Responses ranged from ‘what a joke’ to longer, more sustained discussions of gender bias in the publishing industry. In its status update The Brow also published the male-female breakdown for its previous five issues. Each time, the issue was more heavily weighted towards men—but only slightly.

While The Brow certainly publishes a higher percentage of women than other magazines and journals (and it should be congratulated for this), the fact of the matter is that when it comes to women’s representation in publishing, the situation is far from ideal. Many people who are far more intelligent and articulate than I am have written and spoken about this issue—writer and former editor of Meanjin, Sophie Cunningham, hit the nail on the head in 2011 when she commented that women ‘are much less likely to win literary awards, to write reviews of books, or have their books reviewed … despite the fact they write about half of the books published.’

A common example used to cite the dominance of men’s voices in literature is that in the past ten years women have won the Miles Franklin award only twice. Obviously people would rather read a wonderful story by a male writer than a mediocre story by a female writer. But that’s the very point—it’s the words that matter. And if it’s the words that matter, then men shouldn’t be the dominant literary voices. After all, having a penis does not endow a person with magical writing superpowers.

The news isn’t all grim, though. The Stella Prize—a new literary award for Australian women—will be announced this year on April 16. Voiceworks magazine consistently publishes slightly more women each issue than men (I’m sure there are others). And then there is you—a reader who is invested in this issue enough to read an entire article about it.

The statistics speak for themselves, but they won’t change overnight. In the meantime, it’s clear that the media needs to do a few things. First, it would help if editorial committees actively address why they have a higher representation of men than women (if that is the case). Tired rationalisations just don’t cut it in this day and age—an editor dissecting their contributor list and being self-critical is better than an editor who thinks their publication is infallible.

Secondly, why not specifically seek out women’s writing? By being proactive, you really have nothing to lose. Women’s work is often thought of as “too emotional” and “very personal”. Well, a similar line of thought could be imposed on men’s writing: that it is “too emotionally withdrawn” and “too impersonal”. Women shouldn’t have to be confined to a masculine style simply to get a byline.

In all, if every editor, writer and reader was as conscious of how gender representation plays out in their publication as The Lifted Brow, then the publishing industry would be a far better place.