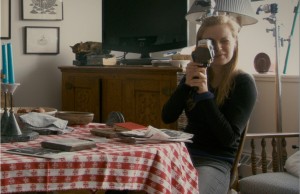 Sarah Polley in her personal documentary, Stories We Tell

The eighth Possible Worlds Film Festival is just around the corner, showcasing the best new independent cinema from Canada, and for the first time, the United States. Films will screen at Dendy Opera Quays and Dendy Newtown from the 8th to 18th August and selected titles will also screen at ARC Cinema in Canberra from the 21st to 23rd August 2013.

Sarah Polley’s auto-biographical documentary Stories We Tell which premiered at the Sydney Film Festival this year will open the Festival in Sydney and Joe Swanberg’s Drinking Buddies, starring Olivia Wilde, Anna Kendrick, Jake Johnson and Ron Livingston will be the closing night title on August 18th.

A dominant theme this year is the “female perspective” on identity, desire, sexuality, success and family, with ten films featuring a woman in the lead role. Keep your eyes out for the quirky comedy-drama Frances Ha starring Greta Gerwig as an aspiring (but struggling) dancer in New York City. Molly Maxwell, Stories We Tell, A Teacher and It Felt Like Love are all directed by women.

There are also some fascinating documentaries including Rewind This! – a nostalgic and colourful tribute to the VHS. The film examines how the home video changed the way films were consumed in the 1970/80s and includes interviews with some interesting VHS ‘collectors’. The film will also be screened as double feature with the sci-fi western Westworld for its 40th anniversary.

WHAT: 8th Possible Worlds: Festival of American and Canadian Cinema, presented by COSMOS