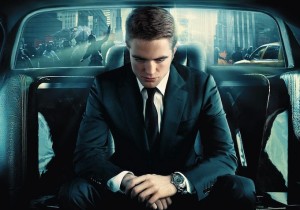 At first glance, Cosmopolis has all the right ingredients to be a hit. A David Cronenberg film, it stars Twilight’s Robert Pattinson and includes cameos from the ultra-talented: Juliette Binoche, Samantha Morton and Paul Giamatti. But where it falls down is in the execution. This adaptation of Don DeLillo’s novel was best left to the black and white of the written world, where you can easily capture a character’s inner workings rather than the Technicolor of celluloid, and the more common emphasis on the external.

The idea is that Eric Packer (Pattinson), a 28-year-old billionaire has wagered an all-or-nothing deal on the foreign exchange. The Wall Street asset manager has it all: good looks, money and lots of lovers. But he’s bored. And the movie follows a day in his life where his sole desire is to get across Manhattan to get a haircut from the family barber.

The story is largely told from the backseat of his stretch limo. As his life personally unravels he has long discussions with his associates and hired guns plus experts and lovers. The talk is completely unrealistic and robotic dialogue, at times rather clichéd and often a combination of existential philosophy and navel-gazing of the most overwrought kind.

The result is an experimental film that is one slow ride; a pedestrian one that feels like it is going nowhere. Packer may look perfect early on (in his dark suit and well-coiffed hair-do in spite of the circumstances), but he is ultimately a privileged hedonist. He seems intent on self-destruction and has a constantly vacant look, a cold demeanour and a delivery that at times is nothing more than a steely monotone. It’s a real shame as the film is so heavily based on this one and only character.

The plot is thin and things only pick-up in the final act when Packer locks into a tense exchange with Benno Levin (Giamatti). The latter is a disturbed character that is actually more engaging than the clinical star, because Packer seems more like a hollow caricature of a man that is too busy being caught up in his ivory bubble. The car certainly provides the perfect shield against what is happening out there in the real world as protestors riot; a celebrity’s funeral takes place; and the president is in town.

Cosmopolis is a divisive film that people will either love or hate. An ambitious drama, it attempts to hold up the mirror to modern life and be rather intelligent and cerebral, but it does so in the most obtuse and abstract way. A lack of story arc is coupled with long monologues and a repulsive lead character, which makes for slow and tedious viewing. Ultimately, this dark fog of a film will leave you stranded in the backseat and shouting instructions for the driver to steer clear of so much theorising and tedium.