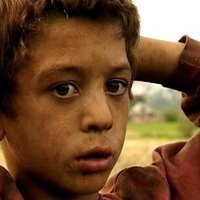 The Human Rights Arts and Film Festival aims to use art to transcend cultural, ethnic and linguistic barriers, with the goal of inspiring and educating the Australian public, and connecting them with human rights organisations.

The National Film and Sound Archive in Canberra screened three films from the festival’s touring program, and one of these films was Our School, a moving documentary about an attempt from the Romanian Government to integrate Romas (or Gypsies) into established and well-regarded Romanian schools.

The initiative was started in 2006, when the European Union gave the Romanian government money to facilitate the integration. The film follows five years in the lives of a group of children, who start the film excited about learning in a new school with better facilities. They are looking forward to being in the same classrooms as Romanian children, and maybe even becoming their friends. As the film progresses, however, the integration project faces setback after setback, and the possibility of the children receiving equal access to education and escaping the cycle of poverty becomes ever more remote – and it becomes clear that the stigma associated with being a Roma will not easily go away.

Watching Our School is quite a – surprisingly – heartbreaking experience. Surprising, because when I initially read the synopsis of the film, I naively assumed that by the time the credits rolled, some progress would have been made in integrating the Romas and Romanians into the same schools. This is not the case. It almost felt, in fact, that many of the Roma children were at an even greater disadvantage at the end of the film, than they were at the start. It was very painful to see the hope and optimism of young children stamped out by prejudice, unfortunate circumstances, a lack of support, and outright discrimination and segregation. The ingrained racism of the teachers, school principal (oh god, how I hated the school principal) and other students, who treat the Romas differently because of their skin-colour and culture, are all too apparent. Most worrying of all if that the authority figures in the film are clearly on their best behaviour for the camera crew – one can’t help but wonder what they would say behind closed doors.

Over the course of the film, you get to know the children of the quiet Transylvanian village, Targu Lupus. You feel for the younger Alin, who can’t sit still long enough to pick up a pencil. You worry about the teenager Dana, who gives up a very promising start in academia to get married and have children. And you wonder what will happen to 12-year-old Beni, who under the care of a dedicated teacher begins to shine, before his academic career is undermined yet again.

I was flabbergasted that Europe’s enduring vilification of Gypsies continues in this fashion; and yet, there are alarming similarities between the struggle to gain an adequate education among the Roma people, and the setbacks faced by Indigenous Australians in remote communities. This film throws into sharp relief the distressing effect of ingrained racism, and how it tangibly affects the lives of children.

The human rights violations against the Roma people are incomprehensible and it would be well worth considering what this film can illuminate about the state of affairs in our own country, also.