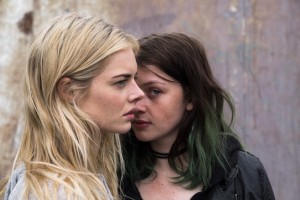 With the 24th Mardi Gras Film Festival kicking off in Sydney this week, Lip’s Eden Faithfull takes a look at two featured films. Presented by Queer Screen, the festival runs from 15 February – 2 March and includes screenings in Sydney, Canberra, and regional NSW. Find out more at www.queerscreen.org.au.

Fin Edquist’s psychological thriller Bad Girl is a multidimensional and intricate tapestry of stories, much like the lives and minds of the women it features. The film is a study in human complexity, and centres itself within the life of Sara West’s Amy Anderson, a sullen and defiant teenage girl just released from juvenile detention. Edquist probes into the notion of the “Femme Fatale” with devastating honesty and exhilarating pace, as he allows viewers to draw conclusions about the lives of those on screen, only to have these assumptions dramatically shattered.

Bad Girl could easily be mistaken for a stereotypical adolescent drama within the first twenty minutes, with its obligatory scenes of sulking, stomping, and sighing. It’s not until Samara Weaving’s “Good Girl”, Chloe, arrives on set that the film begins to venture along a more exceptional and intriguing path. With feelings developing between the girls in the midst of family dysfunction, Bad Girl proves that it has more to offer than your average coming of age tale.

What is especially captivating about this film is its use of incidental colour, with long sweeping shots of rural Australian countryside contrasting with sharp, psychedelic fluorescent lighting within Amy’s family apartment. These visual indications, mostly if not wholly employed during the more gripping scenes of the film, betray an almost juvenile sense of panic and apprehension, which gives these scenes an even greater atmosphere of exhilaration.

Bad Girl is, most and best of all, not what you expect it to be. And in an age of cisgender-dominated rom-coms and Fast and Furious 27: Faster and Furiouser, this is possibly the highest honour of all. 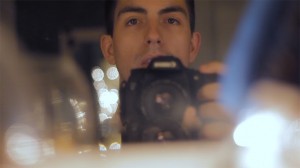 Before Coming Out was even released, The Huffington Post had already called it “a truly wonderful documentary”, but Alden Peters’ intimate and heart-wrenching documentary doesn’t need accolades from on high – it just needs to be seen. The process of “coming out” to friends and family is an intensely personal and specific experience, but Peters’ chronicling of his journey through warm understanding and tenderly emotional interaction can leave you feeling as if you have been alongside him every step of the way on this harrowing expedition.

The wonderful thing about this documentary is that it provides such a fresh perspective: not only do we see Peters’ interaction with his loved ones, but the views and experiences of others, through the use of a tool that pervades every young person’s life – the internet. Viewers are able to hear about the struggles and joys of YouTubers who have also been through their own hardships. Janet Mock (author, Redefining Realness) and Dr Ritch Savin-Williams (developmental psychologist, Cornell University) are among those that Peters speaks with. They provide even further insight, and perhaps even cathartic explanation, to the highs and lows of what Hallmark has coined as “staying true to yourself”.

Being on this road with Alden Peters is a true study of the hills and valleys of emotional labour, and may inspire a new degree of tolerance for the many of people, young and old, who go through the challenges of “coming out”. It’s rare that the film industry is graced with such honest and personal views, but this documentary has delivered on all fronts. As Peters admitted, ‘I think I’ll feel less vulnerable if I film everything’.