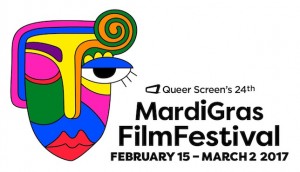 With the 24th Mardi Gras Film Festival kicking off in Sydney this week, Lip’s Eden Faithfull chatted with Queer Screen President Lisa Rose about this year’s program. The festival runs from 15 February – 2 March and includes screenings in Sydney, Canberra, and regional NSW. Find out more at queerscreen.org.au.

You have created an incredible example of inclusive filmmaking with the Mardi Gras Film Festival. How do you believe your practices would be able to translate to mainstream filmmaking, and do you think this level of gender diversity is possible in Hollywood today?

Thanks for noticing that.  Diversity is so important to Queer Screen – showcasing stories for our whole community, no matter their sexuality or skin colour or gender identity or so on. I certainly hope that this level of diversity will be seen on screen soon by mainstream films and Hollywood, but it won’t happen until people in positions of influence and power make the change.  At Queer Screen it is an organisation-wide belief that we must showcase a diverse range of films, but you have to have that buy in and it’s been led by our Festival Director Paul Struthers with the support of the Board and the whole team.

How do you believe the films that you will be screening differ from those of conventional film festivals – in more than the obvious way!

That’s a good question. Obviously sexuality and gender identity play a major part in our films which clearly sets it apart from other film festivals, but that of course is the obvious way!  I guess the main difference is that if a festival like ours didn’t exist a lot of the films we are screening just would not get seen by Sydney audiences, which would be an incredible shame.  GLBTIQ people want to see relatable stories on screen and see themselves just like straight people do, so we thankfully have the honour of giving them that chance.

How do you believe the festival will be making a difference in the lives of LGBTQIA+ directors, writers and actors?

The main thing will be the simple fact that we are getting their stories and art they have created shown to audiences – we of course also pay them for that privilege. Supporting filmmakers making queer content is so important to what Queer Screen does as a not-for-profit organisation.  For local filmmakers we have a short film competition, My Queer Career, as well as having a Film Completion Fund we established two years ago. Supporting independent filmmakers is so important if we want to see more diverse stories, and we are glad we can play a small part in making that happen.

Do you have any favourites in the line-up, and why?

I have so many favourites.  I’m on the programming team and have to pick a top five, but there were seriously 19 on my short list!  I won’t name them all I promise, but here are a few.  Moonlight, which is such an incredible examination of hyper masculinity and homophobia, both internal and external.  Political Animals, about four lesbian politicians who the world should know, I wanted to storm the streets and change the world after watching it. Burn Burn Burn, which features a lesbian co-lead and is an incredibly moving and life-affirming film, and finally Out of Iraq, a remarkable personal refugee story of resilience and the power and devotion of love.

If there was one piece of wisdom that you would like viewers to leave the festival with, what would it be?

You are whipping out the big questions!  The beauty of art is that people can interpret it however they see fit.  I want people to come and experience the festival films and vibe of the community, and just soak it all in. Some people go to the movies to escape, some go to be challenged, some go to watch the hot sex scenes and hey, a myriad of other reasons. I think what I’d love is for people to see something they wouldn’t normally watch and come away feeling enlightened, or moved or challenged. For example, see Real Boy, a wonderful trans documentary, that has the tagline ‘A son’s transition and a mother’s transformation’.  That’s it, be open, open to somehow being transformed.

What would you like to change about the next festival?

Sleep, I would like to get a little more sleep!