the burden of being female in hollywood: olivia wilde 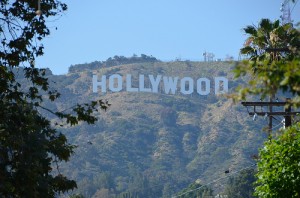 On February 20th, actress and producer Olivia Wilde spoke about the struggles still faced by women in film on The State of Female Justice panel held in Los Angeles.

While her segment only lasted around five minutes, Wilde sparked a conversation that we shouldn’t have to keep having by ultimately asking, ‘Why aren’t we telling the stories that will empower the masses?’

‘It’s really hard to get stories made that are about women. Not just women being obsessed with men or supporting men…’ Wilde has noticed more since she recently began producing.

‘And it’s really hard to get men to be a part of films that are about women in a leading role.’

Wilde claimed that films like Alien and Salt were still exceptionally entertaining and successful, even though the lead roles originally written for men were played by women. I had a look myself at some of the cases where women have been cast in a role written for a man, and my findings startled me a bit.

While these female actors were so successful in these parts, it goes to show how little credible roles are being written for women.

Wilde recalled a reading she did with some other actors of the script of American Pie where they reversed the roles so the women read the male lines and men female.

‘As the women took on these central roles that had all the good lines, therefore all the good laughs, all the great moments, the men… started squirming rather uncomfortably and got really bored because they weren’t used to being the supporting cast.’

All this begs the question, why, in a society that professes such forward thinking, where so many deny the unequal treatment of men and women, are there still the definitive ‘men’s roles’ and ‘women’s roles’? And why does that define how interesting a character and their story will be?

Why is Leo DiCaprio nominated for an Oscar for enacting the true story of a man who abused drugs, money and women (The Wolf of Wall Street), when Scarlett Johansson can so sublimely take us on her journey from artificial personal assistant to a being beyond humanity using only her voice (Her), and the academy completely ignores her?

How is it that after 100 years of film making, Hollywood still thinks it’s provocative to show films about female secret agents or women who choose to be single?

Does Hollywood honestly think women want to be told that as long as you’re blonde, thin and under 30, you will find love and your life will be complete? And for that matter, do they think men want to be told that they can and should be ripped, tan and muscular and shoot people and punch people well into retirement age (I’m looking at you potential 6th Die Hard film)?

Wilde said it perfectly in her address.

‘The power (to change Hollywood’s gender inequality) is in our hands and it’s really a matter of asking for it much louder.’

One thought on “the burden of being female in hollywood: olivia wilde”