the ‘worst kind of sausagefest’: limited opportunities for women in the film industry 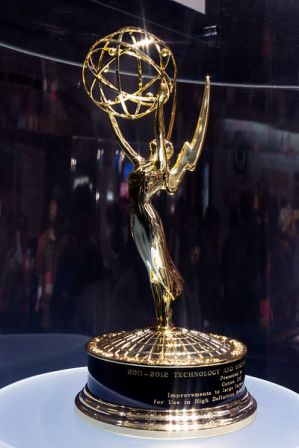 Emmy season is coming. It’s almost the time of year when the American television industry rewards ingenious storytelling and immortalises actors and actresses as they sweep the red carpet, demigods in evening gowns and designer tuxedo.

Prompted by fever for the September 22 event, US writer Cory Barker decided to crunch some numbers regarding the gender of writers and directors who have been honoured in past years.

Her findings weren’t pretty. Labelling it the ‘worst kind of sausagefest’, Barker revealed that in the last 33 years, 348 people have been nominated in the directing categories, yet only 39 of them were women. That’s 11%. Don’t the Emmy judges like to give golden figurines to ladies? Or are there simply not that many women in charge of television shows? Let’s look to info on the film industry for answers about screen culture.

At the start of this year, a university study on opportunities for women discovered that the fairer sex directed only 4.4% of the top 100 box office films between 2002 and 2012. It seems directing isn’t a prime career for women. Similarly, in Australia, out of 100 films made between 2003 and 2007, 13 films were directed by women, and 26 had female writers or co-writers.

It’s not only saddening to realise that “boys’ club” industries live on, but it’s also alarming to consider the lack of female control of the content of film and TV. What we watch informs our knowledge of society and what it expects of us. If it’s a man’s world making films and TV, we’re only seeing one side of the story. While I don’t want to undermine excellent narratives created by men, let me speak plainly: WE NEED MORE WOMEN.

It’s baffling that there are so little female representatives in the top jobs of the entertainment industry across the Western world. Why is this happening?

In a 2011 Mumbrella interview, Women in Film and Television (WIFT) program director Ana Tiwary details the gender-based assumptions that permit the inequality.

‘Having worked in the screen industry for over 15 years and 3 continents,’ she says, ‘I am convinced that physical and personality traits such as lack of confidence, self-doubt, lack of stamina and sensitivity are not the domain of women alone.’

They are, however, typically attributed to women and used as justification for the lack of female directors.

She goes on to explain other barriers to women participating equally in film (though many of her assertions could be applied to most workplaces), and claims that the typical objectification of women in media and popular culture makes it difficult to be seen as a professional. Tiwary also mentions that the cultural expectation for mothers to be primary carers can pose a barrier to work commitments.

And despite women making up roughly 50% of any audience, there is a belief in the industry that women’s film is niche. That’s a little weird. It ends up marginalising women’s stories and limits opportunities for female screenwriters.

What’s wrong with the blokes’ storytelling? Well, nothing, but there’s a few reasons why it’s better for everyone to have more women behind the camera.

Firstly, it’s super important to encourage more education and awareness of women’s issues, like female infanticide and personal freedom limitations in countries around the world. Closer to home, the 17.6% average difference in wages is concerning, and so is constant sexual objectification. Not to mention stories that are pertinent to our experience, like the uniquely feminine contradiction of the pressure to marry or follow career ambitions, or the spiritual bond between close friends.

As more women are involved in television and filmmaking, a more complex representation of our lives are reflected back to us, illustrating a diverse range of identities and versions of ourselves in contrast to one-dimensional characters that we often see in mainstream stories.

Secondly, the sisterhood looks after itself; when a lady director is at the helm of a production, there is a 21% increase in women in the crew. More women are given more jobs in the industry, from cinematographers to make-up artists to producers.

It’s also been said that most female-directed films offer ‘unusually complex roles for actresses’. This has dual positives: talented actresses receive opportunities to stretch their dramatic muscles in a challenging and rewarding role, and women, in our beautifully multifarious glory, are represented honestly. Not just as nagging wives, or wild, sexy college students or ugly nerd girls or any annoying stereotype, but as human beings.

And lastly, the more women working in the industry, the more opportunities there are for them to be role models and mentor the next generation of female stars.

And you know what? Things are looking up. Half of the films screened as part of the Sundance Festival’s Dramatic Competition were directed by women. And on the night when millions of people in the US and beyond are watching the Emmys from their couches, after the four hours of scrutinising dresses and hairstyles on the red carpet, Lena Dunham might win another Emmy for Girls. Lesli Linka Glatter might win for her work directing an episode of Homeland. And we’ll see them glide up to the podium and tearfully accept the award, and we’ll think: ‘Maybe I could do that’.

2 thoughts on “the ‘worst kind of sausagefest’: limited opportunities for women in the film industry”