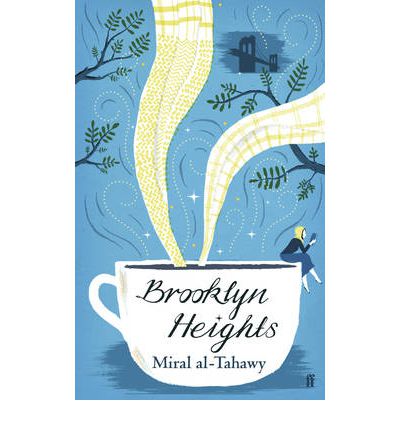 There are some books which stay with you for their amazing stories; some for their brilliant use of language. The ones which really stand out are those which combine both, and there is nothing more unsatisfying than to read a book which has the potential for both, but doesn’t quite reach the mark. Miral al-Tahawy’s Brooklyn Heights is a beautiful book, but the imagery and description alone are not enough to carry this novel, and the story itself falls flat. Hend, an Egyptian woman, emigrates to New York with her eight-year old son after the breakup of her marriage, dreaming of creating a new life for her and her son, and becoming the writer she’s always wanted to be. However Hend discovers that being in New York alone is not enough to make dreams come true.

al-Tahawy’s descriptions of Brooklyn and Hend’s home village in Egypt evoke wonderful images in the reader’s mind, but, to me, the overall plot and storyline did not complement these vivid descriptions. Despite the title of the book, for me it felt the story actually takes place back in Hend’s village in Egypt, as al-Tahawy shares the life Hend left behind her with the reader. Hend will be walking down a street in Brooklyn, and then suddenly the reader is privy to some of her memories of her childhood, in a completely different world.

The book moves very slowly, and I kept waiting for the story to begin. I felt as though I’d received all this backstory, and all these introductions as to how their life in New York began, but I wanted more of their life in New York, and the challenges Hend and her son continue to face as the years go on. Instead, the book ended just as I felt like it was really beginning. I knew everything about the life Hend left behind, and I wanted more of how things would turn out for her and her son in Brooklyn.

al-Tahawy is an Egyptian author and, despite her success and critical acclaim in other languages, Brooklyn Heights is her first novel to be published in English. It is a disappointing introduction to this author, as I found it really difficult to immerse myself in the worlds she writes about. This book is an insightful read into the immigrant’s experience, as shown not only through Hend but through the friends she makes with other immigrants in New York, but the novel moves along at the pace of a snail and the reader is forever being told this and told that, rather than shown through the actions of the characters.  This is the danger of writing a book which relies so heavily on a character’s memories. Memories are generally told; they are personal experiences which no one else is privy to. Even two people with the same memory of the same event will have experienced it very differently and have very different memories of the occasion. Perhaps this is the why the book is hard to get into: almost the whole book is made up of Hend’s memories of Egypt, and very little is actually set in Brooklyn. The reader gets very few chances to experience Hend’s new world in the moment with her.

Brooklyn Heights is a book to be admired for the beautiful imagery and descriptive language, and the novel depicts the challenges immigrants must face upon arrival in a new country. But al-Tahawy never allows the reader into the story, to really feel for Hend and her son, and I desperately wanted to. I didn’t want to be kept at arm’s length. I wanted to lose myself in a world which is as strange to me as it is to Hend, and explore that world with her. Instead, the book paints a portrait of Hend and her son and their hardships, a picture to be admired with wonderment, but not something to engage with. I wasn’t invested enough in the characters to want to continue reading the book, and, for me, Brooklyn Heights was a challenge to finish.

Brooklyn Heights is published by Faber and Faber.