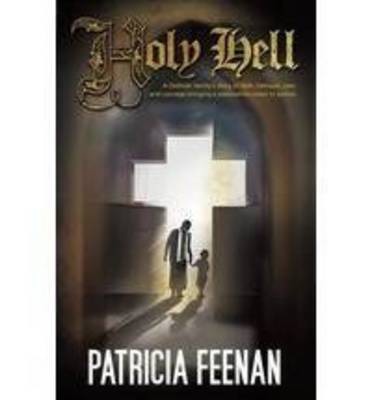 In late 1978, Patricia Feenan, her husband, and their two young sons moved to a twenty-five acre farm, just a forty-minute drive from Newcastle.  Nestled in the quiet countryside, but close enough to the city that Feenan’s husband could still drive to work, Feenan hoped that the farm would provide an idyllic childhood for her growing family, where they could laugh, play, and live their Catholic faith.

Later, the family had added two extra sons, and their parish was finally appointing a permanent priest to look after the community.  Father James Fletcher’s arrival was eagerly welcomed by his parishioners; especially by the families of young sons to whom Fletcher was instantly drawn.  These families, including Feenan’s, were excited that their priest was singling them out for special praise.  Two years later, Feenan’s eldest sons, Daniel and Luke, became official altar servers, while Feenan herself was asked to adopt various ministries within the church.  For a woman who had been raised in the Catholic Church, there could be no higher honour.

The behaviour of Daniel Feenan over the next few years therefore caused confusion within the family.  Formerly an excellent student, eager to please and very generous, Daniel’s life became characterised by drinking, relationship problems, and suicidal thoughts.  Eventually Feenan realised that her son’s behaviour matched all the characteristics of someone who had been sexually abused.  It didn’t take long to figure out who his abuser had been:  the very priest they had been so friendly with, allowed into their home, and considered to be their friend.

Particularly in the last few years, there has been an increased interest in the abuse claims made against Catholic priests.  Feenan’s book, Holy Hell, is not the first to expose the rampant abuse; however, it is incredibly honest, and gives readers an insight into an unimaginable situation.  I found myself ignoring grammatical errors and Feenan’s sometimes uneven writing style, just because it was so refreshing to read a non-sensationalist piece about child abuse.  Holy Hell is honest, raw, and heartbreaking.

I would recommend Holy Hell to readers who are interested in understanding how child abuse affects not only its victims, but whole families and communities as well.  Readers looking for cheap thrills will be bitterly disappointed, as Feenan’s work is deeply personal, not filled with lurid details.  It would also be interesting to readers hoping to understand how the modern Australian legal system deals with cases of child abuse, especially those so closely tied to religion.