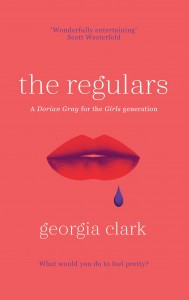 A year or so ago, when the reality of my impending graduation from university and borderline-desperate financial situation hit me, I began applying for ‘professional jobs’ in a bid to pad out my resume. I traded in skater skirts, leather boots and brilliantly executed smoky eyes for pencil skirts, patent pumps and natural make-up. My transformation from student and faux-fashionista to working woman was shallow as a puddle, but I drew comfort from my new aesthetic principles – they made me believe in a different kind of self, the consummate professional whom I had the potential to become. I didn’t think anyone else would pay that much attention to the changes I had made, but I was wrong; my physical transformation worked a potent alchemy on the way that others perceived me.

I can vividly recall coming back to campus from a disastrous job interview and alighting from a yellow taxi in a stiff black skirt that stretched below the knee (because, of course: modesty). I tumbled into my favourite café, desperate both for coffee and the soothing balm of friendship. The caffeine, ever reliable, delivered everything I’d hoped for, but my friends were less helpful. Over the course of half an hour, instead of commiserating with me about my sub-par performance, they instead kept coming back to the one thing that, in their minds, mattered: my new appearance. ‘You look so put together, though, I’m sure you got it!’ they chorused. ‘If I were interviewing you, I’d totally hire you for that outfit alone.’

Ridiculous, I told them. Nobody hires someone just because she’s pressed her pencil skirt perfectly and done her make-up naturally and surely – surely – the awkward pause that had followed many of my stilted answers boded ill. I was convinced that my appearance alone would not be enough to land me the job. So, when I received a call a week later informing me that, yes, the position was mine, I was shocked. Maybe my friends were right. Maybe I was naïve. In the face of over ten I-told-you-sos, I let my idealism crumple and began to accept and understand some uncomfortable truths. Image, I had finally learned, was king – and if a picture could convey a thousand words, the right outfit was basically a second thesis worth of employability.

This power of image, the tendency that ‘beauty’ has to make a full-bodied argument in favour of those who possess or construct it, is the key theme of Georgia Clark’s brilliant new novel, The Regulars. Set in present-day New York and following three unlikely best friends – Evie Selby, Krista Kumar and Willow Hendriksen – who stumble upon a potion called ‘Pretty’ with the power to transform those who take it into fantastically beautiful versions of themselves, The Regulars is that rare beast amongst novels: one which strikes a pitch-perfect balance between a romp and an incisive tour-de-force.

If you are the kind of reader who rebelliously ignores aphorisms and judges each and every book you encounter by its cover, I would strongly advise you to ignore the aversion you might (serious reader that you are!) instinctively feel towards The Regulars’ pastel pink cover. Remind yourself that there’s nothing wrong with a little bit of pink, that real men wear it and that real books can, too. Remind yourself that the book industry is sexist and that books by women are frequently dismissed, particularly if they’re clothed in covers that don’t convey appropriate levels of gravitas. Remind yourself that the feminine is also worthwhile and shouldn’t automatically be devalued.

Unlike many novels that I’ve read in recent years, The Regulars doesn’t just pay lip-service to the concept of diverse experiences or the urge that a lot of us are experiencing to deconstruct structures of power so that we – and our friends – can live our best lives and be our best selves. Instead, Clark deftly handles identity politics, by allowing her characters to openly rail against the powerful cultural narratives that impede their progress in the concrete jungle of New York City. Krista, for example, rebels against the mythos of sexual purity and academic success that she was, understandably, fed by her first generation migrant parents; and Evie, a snarky lesbian feminist, opposes both the superficial brand of feminism that the magazine she works for propagates, and her own inability to progress due to her uninspiring looks. To me, the occasional flares of anger that the characters experience as they grapple with their identities reads with more authenticity than the ‘by the way I’m also gay’ narratives that have become somewhat commonplace in today’s literary marketplace, and which have begun to be critiqued for ‘narrowing the field of vision’ when it comes to depicting minority identities in fiction and film.

Similarly, the question of beauty and what it means – whether the power of image is really worthwhile – is explored with nuance. Clark skillfully presents some of the most pressing conversations in feminist discourse without seeming, even for a second, didactic. The back-and-forth between Evie and her editor, for example, about using the media to sell women ‘empowerment’ via fashion and fads, is complex, as is the way that Willow, Evie and Krista explore their sexuality. I was particularly enamoured with the narrative for not judging both Willow and Krista for their somewhat ‘out there’ sexual behavior (which, if you’re looking for a teaser, involves identity theft, an affair and a Golden Logie). My only gripe is that, for a narrative that acknowledges the power that the right image can deliver, Clark’s novel ends on an overly neat and feel-good note, but this is a minor flaw and one that is easily forgiven in light of the novel’s many other charms.

The Regulars is one for the feminists and the Cosmo lovers. One for the fans of Lena Dunham and bell hooks alike. For once, the pull-quote on a novel’s cover isn’t far off the mark – Clark’s offering truly is ‘A Dorian Gray for the Girls generation’.

The Regulars by Georgia Clark