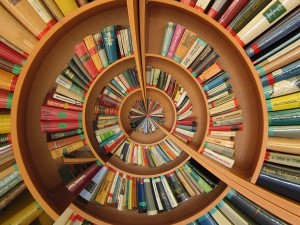 Lip Reading is a column about the books in our lives. Each month, Lip staff and writers share what books have obsessed, delighted, or even saddened them.  What have you been reading? We’d love to hear your recommendations.

I recently finished The Vegetarian, by Han Kang (translated into English by Deborah Smith). It’s a three-part novella set in Seoul, about a woman called Yeong-hye, who gives up meat after a traumatising nightmare. It’s a decision that has unexpected consequences, and the story follows the chaos that ensues. Each part of the novella is told from the perspective of someone connected to Yeong-hye (her husband, brother-in-law and sister), each sharing their perspective on events. It’s a painfully dark and poetic exploration of isolation and mental illness where Yeong-hye’s interior life remains unknowable. I would recommend reading more in-depth reviews before starting it, as a lot of the content could be triggering. But it is a fascinating read, particularly for readers looking for books by women of colour.

This month after spending February through to June reading the required texts for my literature subjects, I’ve been enjoying some ‘greed reads’. In particular, I really enjoyed The Haters by Jesse Andrews. Andrews’ debut Me and Earl and the Dying Girl was adapted into an indie film fest favourite a couple of years ago, and while I don’t think this one will do quite as well, it’s got many of the same young adult themes, brought to life through an utterly awkward and self-doubting teen boy narrator, his weird best friend, and a girl they meet along the way who drives most of the plot. Andrews brings his passion for arts other than writing into his work, and it’s very cool to be brought into the head of a young musician on a desperate road trip to become a rock star. Andrews doesn’t feel the need to give young readers a tidily wrapped up happy ending, and that is probably what sets him apart from his fellows. His plot tends to go only to the worst places, but what that brings out in the characters makes it all worth it in the end.

Two recommendations from me this month. At the Byron Writers Festival bookshop, I chanced upon On Doubt, a tiny hardcover of an essay written by Leigh Sales in 2009. She writes insightfully about the need for journalists to remain objective and sceptical, and decries the trend in public discourse away from reasoned analysis towards emotive diatribes. Although it was written several years ago, in an age of Donald Trump, Pauline Hanson and demagoguery, her points are as relevant as ever.

Another great read is Maxine Beneba Clarke’s confronting memoir, The Hate Race, in which she recounts her childhood in predominantly white, middle-class suburban Sydney. An examination of the lasting impacts of bullying, as well as of race relations in Australia, Clarke’s book is both necessary and timely. It’s published this month by Hachette – look out for an upcoming Lip review.