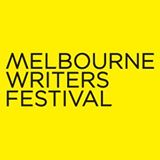 Bookworms, take note and clear your calendars: the 2014 Melbourne Writers Festival is coming to town from 21-31 August. Since it was announced several weeks ago that Sir Salman Rushdie, author of The Satanic Verses and Midnight’s Children, would be among the keynote speakers at this year’s festival, there has been much anticipation about who would be joining him.

The full program has finally been unveiled, and, Melbourne, we are in for a real treat. The list of headliners is longer than my arm and includes Dave Eggers, Meg Walitzer, Maria Popova and astronaut Chris Hadfield, to name just a few. And with over 400 writers, thinkers and all-round creative types performing at over 400 events (more than 100 of which are free!), the question is not what to see, but how to fit everything in. To help narrow down the short list, here are five events featuring insightful, inspiring and innovative women that promise to spark some keen discussion.

Australian literary superstar, novelist, essayist, short story writer, journalist and proud pot stirrer Helen Garner is kicking off the proceedings with what has the makings to be a provocative opening address. She’ll be talking about her latest book, The House of Grief, which follows the trial of Robert Farquharson, the Victorian father accused of murdering his three young sons on Fathers Day 2005. Garner, who turned to writing after being fired in 1972 from her job as a school teacher for teaching sex ed to a class of 13 year olds, has a reputation for ferreting out truths most would rather ignore. Her 1995 book, The First Stone: Some Questions About Sex and Power, which investigated the 1992 sexual harassment scandal at Melbourne’s Ormond College, continues to stir heated debate among feminists today.

Award-winning writers Danielle Wood and Cassandra Golds are revisiting favourite childhood fairytales—the dark and enchanting world of the Brothers Grimm, where wolves lie in wait for little girls, good mothers too often die young and evil stepmothers reign supreme. They’ll be sharing insights on how they use the tropes and traditions of Grimm’s fairytales to explore mothering, heartache and desire in today’s world.

Hannah Kent’s debut novel, the Stella Prize short listed, Burial Rites, became an instant international bestseller upon publication last year, and has since been translated into more than 20 languages. Burial Rites recounts the final months in the life of Agnes Magnusdottir, the last woman to be executed in Iceland. Hear how Kent pieced together the scant facts of Agnes’s life from the myths that painted her as both a seductive witch and an innocent martyr, and how, in telling Agnes’s story, Kent has lived an incredible tale of her own as she shot from postgrad uni student to internationally acclaimed author.

Russian-American author and LGBT activist Masha Gessen once claimed that she was “the only publicly out gay person” in all of Russia. Now she’s headed down under to share war stories from her personal battle against homophobia in her homeland. She’ll be speaking specifically about the parallels between her struggles those of feminist art collective, Pussy Riot, and the ongoing fight between queer activists and Russian rule makers.

Farah Mohamed formed G(irls)20 to support future women leaders and bring together female representatives aged 18-20 from each of the G20 countries for annual workshops and discussions around the parallel G20 Summit agenda and economically empowering women. Here’s your chance to get her perspective on economic freedom for women, both here in Australia and on a global scale, and what she views as the role young women and girls have the potential to play in developing their communities and countries.

Pour over the full 2014 Melbourne Writers Festival program and book tickets on the festival website, http://www.mwf.com.au.

One thought on “lip’s tips for melbourne writers festival”