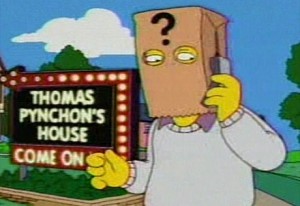 With the twenty-first century came the rise of the celebrity. We live in a society obsessed by the concept of “celebrity”. We lap up and crave stories and rumours and gossip about people placed firmly in the public eye, and don’t we just love it all the more if their lives turn to trash in front of us? It’s now possible to become famous for doing nothing, thanks to reality TV and YouTube. Being famous is a job within itself. Yet what I find interesting about the celebrity-obsessed culture is how this has translated to the fame and celebrity-status of authors. Once only known by the letters announcing their name on the cover of their book, authors can no longer live anonymously and expect their work to sell.

It is a necessity for authors to have an online presence these days. Much like other celebrities, authors now need to be “in the public eye”. This translates to having Facebook, a website, a blog and twitter, rather than actually being out engaging with fans. Book signings and literary events seem to have dropped in significance as compared to being seen in cyberspace. Fans want something from celebrities every day. They want to feel connected, they want to communicate, they want to have an ongoing “conversation” with their favourite stars. And, now, authors have fallen into this category too.

Neil Gaiman is the perfect example of a literary celebrity. He is a prolific writer and has written everything from comics to children’s books to novels and an episode of Doctor Who. He’s created audiobooks of his works and has had a number of his novels adapted into films. But, apart from his wonderful body of work, he knows how to market himself and connect with fans. He blogs and tweets and makes appearances and interacts with people and is just generally seen. He is an author I can’t imagine holed up in a room for days on end, hacking away at his laptop, spurting out words without contact with other human beings. He’s built his Neil Gaiman brand into a very successful venture, and is also married to rocker Amanda Palmer. Enough said.

On the other end of the spectrum, let’s take a look at J. K. Rowling. She is a writer who is renowned for her reclusive nature and shies away from the limelight. Her enormous success with Harry Potter has seen her become one of the world’s most-famous people, but she rejects all the social media madness which is supposed to be part of the author package. She does have a Twitter account, amongst all the fake accounts out there pretending to be her, but admits she hardly ever sends a tweet. And she certainly doesn’t blog. She has a website, but that’s just about the extent of her online existence. Despite this, I would argue that J. K. Rowling is much more famous and well-known than Neil Gaiman. So, it is really necessary for authors to have a buzzing online existence? Or is this mindset merely a result of our celebrity-crazed society?

Writing is about the characters and the stories the authors produce, not about the author themselves. There is an intimacy which comes with reading a novel which strikes such a cord that you’re compelled to find out who the author is. I don’t much care for the name on the cover of a book until I’ve read some of the book. If the book speaks to me; if I’m left at the final page, unable to breathe, then I’m compelled to look up the author and find out more. I want to know something of the genius behind such a creation. But not everything. I’ll find out more by delving into more of their novels, not by following them on Twitter.

The literary celebrity is slowly on the rise, not necessarily by the will of the writers themselves, but thanks to the wonders of technology. I don’t think it’s a bad thing, but how many authors actually want or need the public intrusion? Why should they feel pressured to reveal their lives on the internet? Why can’t they keep the mystery of the stories and their personal lives to themselves, and revel in the fact that readers love their work? That has always been enough in the past.