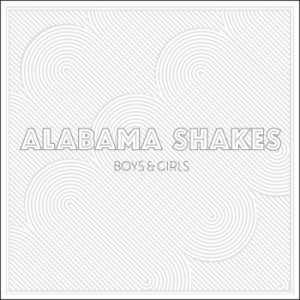 The next time you hear that old wearied refrain, ‘They don’t make music like they used to!’, simply hand the utterer a copy of Boys & Girls by Alabama Shakes and bask in the guilty pleasure that is proving someone wrong. With elements of soul, country, blues, and roots, the debut album by this group of Alabama natives channels a glorious past era of music that, as it turns out, has not died out quite yet.

From humble high school origins, the band has skyrocketed to universal acclaim, performing to sell-out crowds and standing ovations at the recent SXSW Festival in Texas, and being snaffled up by Jack White’s vinyl record label, Third Man Records.

From the first seconds of the opening track, ‘Hold On’ – a riff calling to mind ‘Down in the Street’ by those faux-Southern giants, Creedence Clearwater Revival – we are given a taste of the album to come, in all its new Americana splendour.

However, the album takes a slight departure from the swamps and the bayous and the bluesy rock of CCR and takes it to church, with lead vocalist Brittany Howard surely the next in a proud American tradition of soulful songtresses. In Howard, we find ourselves a mixture of Otis Redding and Amy Winehouse; on the one hand, there’s her ability to restrain the excesses of passion that are clearly brewing beneath the surface – which only serves to heighten the tension – and on the other, that soulful vibrato that shifts from high to low, loud to soft.

Having given such glowing praise, now would be the time to take a step back and a deep breath. Are there shortcomings to this album? Can the surely present follies and excesses of a band releasing their debut album be improved upon?

Having asked these questions, you are invited to answer them for yourselves, because this reviewer is struggling to do so.

Perhaps it could be said that you may not like this album if you are not partial to blues, soul or dirty Southern rock. Just like you wouldn’t enjoy a pop album if you didn’t like pop. Not really much of a statement there – especially considering that chances are you’ll like this album even if you haven’t in the past been a fan of the styles mentioned above.

With Boys & Girls, we have a finely crafted album that has not focused its attention on one or two tracks at the expense of the others. This means is that it might take a few listens – hardly a penance when we’re dealing with material of this quality – to figure out which songs are the ones you pick for your next road trip mixtape (this reviewer has ‘Goin’ To the Party’ lined up in number one position).

On the other hand, why force yourself to choose? Just take the whole album – you won’t be disappointed.