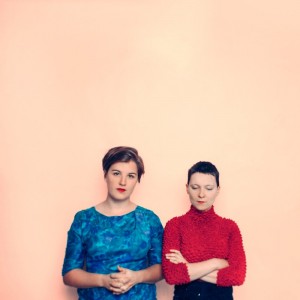 When I first walked into Howler’s spacious band room the crowd was sparse but the warm, orange and yellow lighting was already setting the mood. Closet Straights didn’t keep us waiting long, bringing their cool, folky vibes to the stage. Their country-esque fashion sense, rolling guitar riffs and the warm lighting transformed the empty room into a calming scene from the countryside – sunset and pondering lyrics all present. Frontman Alex Lashlie fulfilled the quota of quality banter; however the rest of the performance felt a little flat. The songs were fun and made me feel like I was on a road trip, but the band (although clearly very in-tune with each other) didn’t have any sense of urgency.

The stage was lit up with a cold, intimate blue for Didirri. His set really proved how much a stage can change someone’s charisma. I had noticed him in the crowd for Closet Straights’, standing out mostly due to his 70s fashion. When he walked onstage, with his big acoustic guitar in hand, he transformed into someone bigger – he seemed taller and wiser and more enigmatic. His music harboured these qualities as well. A soulful singer, Didirri’s set skilfully treaded the tough waters between relatability and old-school folk aesthetic. Much like Lashlie before, Didirri is a great onstage presence. Strumming his guitar, he would slowly walk up the microphone and relay an anecdote which would, somehow, feel very pertinent to you, whoever you may be. Half way through his set, Didirri brought out his bassist and guitarist – two equally talented musicians. The trio wooed us all with their folk-rock vibes and got the, now significantly-sized, crowd pumped for Oh Pep! with a cheeky reference to shenanigans happening backstage (which were later revealed to be an impromptu haircut).

Oh Pep! demand two kinds of listening which seem to equal each other out and work in harmony: you should watch the women as they perform – and, you should close your eyes as the women perform. Standing right in front of Pepita Emmerichs was such a pleasure. Being able to watch every pluck she did of her mandolin and really focus in on its sound and the texture it wove into the songs was incredible. Emmerichs played the mandolin and the violin in such natural manner that it was easy to forget how much skill goes into mastering these instruments. She really didn’t sweat it – though she did pull some pretty rock n roll facial expressions during her solos. Olivia Hally, taking charge of the lead vocals, looked like she was about to tell a great, dead-pan joke into the microphone. Her matter-of-fact style of articulating Oh Pep!’s witty lyrics broke the barrier between artists and crowd; we felt as though we were in her living room, wine in hand, records on, with her telling us a charming anecdote. Hally and Emmerichs’ onstage chemistry is fun and cheeky and they could get away with anything because their good humour is intoxicating.

When really enjoying the song and boogying to the groove, closing my eyes was the way to go. Sometime I needed to switch off, ignore all the upbeat lighting choices and just listen to every little bit of the music. Oh Pep!  created an environment which made me really comfortable to dance along and not care what anyone else was doing (mainly because everyone was dancing along with me). Listening to the violin solos or Hally and Emmerichs’ harmonise with closed eyes allowed imagination to wander across blue skies. Dancing to their music was like therapy and the concert instantly lifted my mood. A couple of times I turned around and saw a now-full Howler jiving along with grins on faces or mouths singing out all the lyrics.

Doctor Doctor was a highlight. Bringing out some backup singers, who included Didirri, the song felt full and exciting. The crowd went wild for Oh Pep!’s performance of a new song – listening carefully all the way through then erupting in applause. This allowed Hally and Emmerichs to gracefully come back on the stage for an encore at the end of the show to perform another new song. Both were to the groovy folk sound that Oh Pep! have mastered in their years of working together.

Walking out into the cool Brunswick night I felt elated. All three bands had showcased different flavours of folk music with great success. While Closet Straights and Didirri admittedly caught my imagination, the night clearly belonged to Oh Pep! If you give these two women an acoustic guitar and a mandolin, they can colour your whole night a peachy hue.