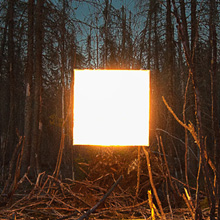 Australian music fans should be excited with the recent release of the Adelaide Festival line-up which takes place March 1 – 17, 2013.

Alongside a breathtaking and limitless variation of musical talent, the Adelaide Festival will also deliver a fusion of other artistic expressions including dance, theatre, film, and visual arts.

David Sefton, artistic director has cleverly combined a remarkable mix of music from classical recitals to the more mainstream and budding musicians while highlighting the uniqueness of all artists and developing a range of never-seen-before collaborations.

The line-up includes a trove of both home grown and international talent with the festival kicking off with a free night concert at Elder Park headlined by Australian music legend, Paul Kelly and New Zealand’s music royalty, Neil Finn.

The festival will present a stunning set of concerts that are centred around New York indie record label, Brassland. The label, creative brainchild of brothers, Aaron and Bryce Dessner boasts an amazing multitude of artists such as; Doveman (Thomas Bartlett), Deerhoof, Padma Newsome, Buke & Gase, This Is The Kit and Jherek Bischoff.

‘Brassland sits at the centre of a massive creative movement in America. Working closely with Brassland we have selected a fantastic collection of artists who will collaborate to form a central part of this year’s music program at Adelaide Festival,’ says David Sefton

Unsound Adelaide will offer a series of concerts that will highlight latest advances in electronic music with Ben Frost and Iceland’s Daniel Bjarnason. This set will showcase artists from all over the world.

‘Without question, Unsound is one of the most interesting things happening in music today. I am delighted to be able to present this “Festival within a Festival” and for Australia to see these extraordinary artists.’

David Sefton has managed to put together some amazing one-off performances and collaborations that are too unique to miss. Included in these is the Adelaide Symphonic Orchestra performing the score of 2001: A Space Odyssey with Adelaide Chamber Singers and conducted by UK’s Robert Ziegler.

In an Adelaide Festival first, an online festival experience will take place with an interactive toy. Coined, The Hauntology House, this commissioned experience was conceived by Tom Ellard of Severed Heads.

In an impressive merging of artists, two legendary forces unify – Laurie Anderson of the USA, an iconic performance artist and Grammy-Award winning Kronos Quartet will perform together in a world first collaboration.

It is clear that with this innovative line-up, music fans can expect an amazing array of artists from all different genres, coming together to celebrate a clever and diverse range of talent for 2013’s Adelaide Festival.