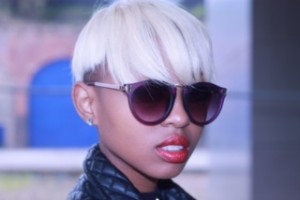 If you’re a fan of confident, cool ladies who rap, you’d do well to check out Bossiie. The London based rapper is a a gifted lyricist, with a unique flow that will wave away tired comparisons to Nicki Minaj and Azealia Banks. This year’s release, an EP called ‘Tjosvtjo’ is punchy and quick-witted, with infectious trap beats that demand attention. Bossiie answered a few questions for us about her music, the rap game and what’s next on the agenda.

For a long time, hip hop has been a male dominated industry. The songs that get the most airplay often offer up really damaging perspectives on women. How do you feel about this?

It should not be like that. However, it has become like a norm to use phrases or words are disrespectful to women. I guess, that is what hip hop is all about. It has come to a point where it is acceptable.

On your EP, you present a variety of influences and music styles. How important is it to you to not be boxed in by one particular sound?

Who do you think are the most exciting artists of 2014?

I think Drake and Kanye are most exciting artists in 2014. They have their own sounds and no one can replicate that.

What makes the hip hop scene in London so special?

When you rap, do you invent different personas to go with different songs or is it all you?

I do invent personas sometimes but mostly it is all me, Bossiie.