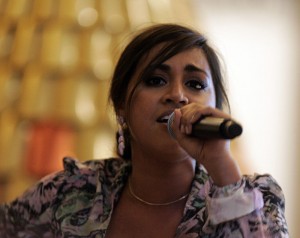 The annual ARIA awards took place on Sunday, with all the big names of Australian music frocking up and hitting the red carpet.

Notice anything? Where are all the ladies?

Winner of the best female artist award, Jessica Mauboy, expressed her disappointment at just that, stating ‘it was a little bit interesting because we have so (many) strong women in this industry and it would have been good to see more of them nominated.’

Apart from Mauboy, who won the special lady award, there was a conspicuous dearth of women nominees and winners at the ARIAs this year, with only three other female winners.

Clare Bowditch, who lost out to Nick Cave for best adult contemporary album, argued that the lacking representation of women artists at the ARIA awards could impact the legacy of Australian music.

But Missy Higgins wasn’t bothered by the lack of women at this year’s awards, and neither was Megan Washington, who claimed that ‘maybe lots of boys just put out records this year and maybe next year more girls will put out records. I don’t think there’s any real sway or leaning one way or the other from within the industry.’

The lack of equal recognition and celebration of female musicians has been a hot topic since Triple J’s listener-voted Hottest 100 countdowns of All Time and of the last 20 years both resulted in a glaring lack of songs by women.  This raises discussions as to whether men’s music is seen as universally relatable regardless of the genre, while women’s music seems to be relegated to either niche markets or the cringe-worthy world of mainstream, manufactured pop.

Simone de Beauvoir’s concept of the woman as ‘Other’ comes to mind. Historically, while the men were seen as the “default” human, women were seen as the deviation from the norm. This impacted how culture and society related to women, women’s bodies and women’s experiences, causing significant inequalities and discrimination. So could these discourses be impacting the way we experience and appreciate music, and art more broadly, produced by women?

Does the gender of those who create the music we like matter? Why/Why not?
Do you think there is an issue with a lack of women at award ceremonies such as the ARIAs?