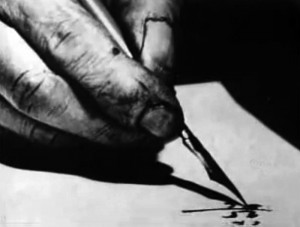 Starting at midnight, November 1 and ending at 11.59pm on November 30, hundreds of thousands of people across the world started writing their novels in honour of National Novel Writing Month.

I was one of them.

For those that don’t know, National Novel Writing Month, or NaNoWriMo, is an annual international challenge where participants sign up to write a 50,000 word novel in one month. From fanfiction to historical fiction to scifi, anything goes. Participation is free, While there is no formal prize for completing the challenge, if you reach the 50,000 word goal, you are declared a winner.

In the world of novel writing, 50,000 words could actually be considered quite small. For example J.K Rowling’s Harry Potter and the Philosopher’s Stone is 77,325 words. Comparatively, J.R.R Tolkien’s Lord of the Rings trilogy has a whopping 455,125 words between the three books.

To write these in a month, you would write a daily average of 2,577 words for a Harry Potter-sized novel or 15,170 words for a Lord of the Rings-sized beast.

With this and the notorious NaNoWriMo mantra ‘the world needs your novel’ in mind, I decided to accept the challenge.

In the week leading up to November, I was very enthusiastic; I bought new stationary, created my official profile on the NaNoWriMo website, joined some threads for newbies of NaNoWriMo and finally, plotted out a structure for my very first novel.

I also had to mentally prepare by psyching myself up.

I managed to convince myself that the story I wrote during the month was going to be SO amazing that it would touch the hearts of billions worldwide; its popularity would spread so fast that the relating hashtags would cause twitter to implode.

Shortly after the fall of twitter, I would then receive a phone call from Jennifer Byrne who invites me to join her on First Tuesday’s Book Club for an interview. We would share literary LOLs and generally bask in the brilliance of my writing.

Further to this mental preparation, I tell friends and family to exclude me from any social events during the month, as I anticipate I will be far too busy writing the most AMAZING piece of literature written by any one person in the history of anything EVER, whilst preparing for my interview with my new mate JB.

Let’s move from fantasy to reality. By the second week of the month, I found my most amazing novel has not yet come to fruition. In fact, there appeared to be a new story unfolding: that of the distracted, procrastinating writer.

Tis’ a familiar tale, where the protagonist allows life to get in the way of writing. She finds thousands of excuses not to write (I wonder how long that stain on that old t-shirt has been there? Maybe I should start rolling my three superannuation funds into one, where were those documents again? Never mind, I’ll look for them once I have had my 870 thousandth hot drink for the day and washed that perilous stain out of my t-shirt). As a result, she writes very little.

This story concludes with a final word count of 2,975 words, and a big ‘loser’ stamp on the writer’s head.

So. At the end of November I found myself 47,025 words short of the word NaNoWrimo word goal, and wondering how on earth I ever thought it could be possible to write 50,000 words in just one month.

I thought I could do it because, well, it’s been done before. A lot of writers use NaNoWriMo as an opportunity to get the first draft of their first novel, or even latest novel written. Since the event started in 2006, roughly 250 novels have been published; Sara Gruen’s popular book Water for Elephants is just one of these (and that has been adapted to a movie with RPatz. Just sayin’.)

One of the greatest challenges a writer faces is the task of writing itself. As a creative process, it can be quite isolating and it is often hard to justify spending hours writing something that may amount to nothing, both creatively and economically.

But that’s the beauty of NaNoWriMo: it’s not actually about making money or living the literary life. It’s about giving yourself permission to sit down and write.

NaNoWrimo offers anyone the chance to become a part of an international network of people willing to share knowledge and support each other through what can be one of the hardest things you can do; chasing a creative dream.

While I didn’t win the challenge, I decided to rub out my ‘loser’ stamp and give myself a participation award. The overall experience was encouraging and I learnt a lot about myself as a writer.  I learnt that having thousands of ideas, beautiful words and characters resting safely in your head is lovely, but no-one else will hear them unless you are willing to set them free.

How you write your story is completely up to you; that no-one can tell your story like you do. Writing is an experience and a journey and like my incomplete novel, I feel like mine is just beginning.