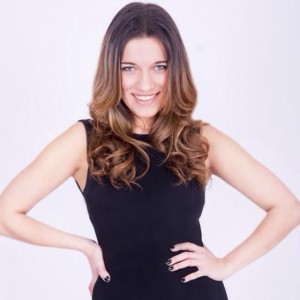 Let’s face it, we all want to relive the magical moments of our youth; the times when we thought we’d all grow up to be a fairy princess. Alas, real life comes crashing down and reality sets in faster than you can say ‘help, I don’t want to grow up!’

But what if you could regain that youthful carefree and awed state of mind? If you’re in Melbourne, you may just be lucky enough to get this chance. Enter the Adult Fairy Party, a cabaret show now playing every Sunday this May at The Butterfly Club.

I caught up with the multi-talented lady behind the Adult Fairy Party, Natasha York, and was reminded of just how important laughter is as medicine for the soul.

Can you tell me a bit about how the idea of an Adult Fairy Party started?

The idea was actually born out of my first solo show “These Things Take Wine”. There’s a scene where I am deathly hung over and still have to go to “work” as a fairy, I get someone up from the audience and face paint them to make them a “princess”. The responsiveness from the audience and the fact that so many people have commented on that particular character made me want to develop the idea more.

Are you the only performer? Have you collaborated with others on this project?

Yes, the show is performed solo by me but not without the help of my amazing Musical Director Matthew Carey, who accompanies me on stage in his fairy glory and plays up a storm. I always collaborate on the concept when writing a cabaret, and could not have done it without the help of Belinda Hanne Reid and Grant Buse (who’s also my tech and has a cameo appearance in the show too!). Grant and Belinda are not only my best friends but also fabulous cabaret performers in their own right. We have spent many late nights (with wine of course) discussing my crazy ideas, and with them adding some of their own to help refine the show. The show also features a poem written and spoken by the lovely Dolly Diamond.

What do you hope audiences walk away with after the show?

To live life more like a child – see the fun in life again, remember the things that make you happy and that your dreams still come true. I refer to it in the show as bringing back the “Adult Magic”.

How long have you been an Adult Fairy and what has lead you onto this path?

I have been a “professional fairy” for over 5 years which involves hosting parties for 15-25 screaming kids and trying to keep them entertained for over an hour with balloons, face painting, magic and games. It’s one of the best jobs I’ve ever had. I don’t tend to do it as much these days, so the Adult Fairy Party shows have been filling the void!

What do you enjoy most about being an Adult Fairy? What does it mean to you?

I enjoy that there are a whole bunch of children out there who actually believe I’m a fairy. It is so special being able to bring that kind of joy to a kid on their birthday. Aside from being a fairy I used to dress up as Princess Belle, Wonder Woman and even Buzz Lightyear (to infinity and BEYOND) and these children would literally think I was really those characters!

I remember as a kid I went to a McDonald’s birthday party and there was a fairy face painter there, and to this day it is etched in my mind that she is a REAL FAIRY. I know it’s a little harder job to convince the adults – but I do enjoy seeing people connecting with their inner child during the show. It’s a joy to watch. I’ve actually been very pleasantly surprised at how many people have come dressed up – it’s awesome!

What challenges have you come across along the way with this project?

To fit all my ideas in one show! I actually play games within the show, so making sure that they would be inclusive enough for everyone, without actually being too intimidating was a tricky task. At the same time, I still wanted it all to mean something so finding the right balance of story and play has been an ongoing experiment. However, because it is so interactive I think the show will continue to be different every night depending on the audience – which is the best fun anyway!

What has been your favourite place to perform and why?

I had the opportunity to perform at the Brisbane Powerhouse at the end of last year as part of the Wonderland Festival however, I have to say, down stairs at the Butterfly Club is definitely a close second (I’m not just saying that I swear!).

What makes this show unique?

It’s half cabaret, half actual fairy party and 100% for Adults. The interactive nature of the show definitely breaks the regular cabaret mould!

Anything else to add?

If you want a laugh and a night to escape being an adult with some great people, then come and join the Adult Fairy Party!