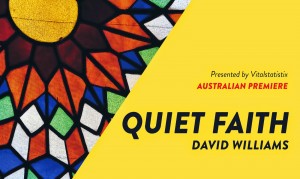 The week before Christmas, worshipers arrived in Sydney’s Shirelive Church carrying gifts. They were for children in Villawood detention centre. Churchgoers sat in pews, wrapped presents between their feet; amongst them was Scott Morrison, ‘looking like any modern Dad in shorts and loafers’. Yes, the very same Immigration Minister responsible for imprisoning children is part of a congregation compassionate towards asylum seekers.

The public faith of politicians is hypocritical, but there is also a disconnect: between the self-protecting, intolerant and conservative Christianity of parliamentarians, and the radical faith of those who quietly align themselves with justice and kindness.

For many, Australian Christianity is holding hands with the progressive left. Religious organisations can be counted on to make statements that condemn mandatory detention of asylum seekers, and the Love Makes A Way movement sees nuns, ministers and young churchgoers holding vigil in the offices of local MPs. Learning from the non-violent activism of Martin Luther King Jr, these protesters refuse to leave until they are told when refugee children will be released from detention. Increasingly, many Australians live out values that reflect their religion, in contrast to the Christian conservative right vocal in politics and media.

‘There are priests locking themselves to bulldozers at coal seam gas sites,’ says documentary theatre maker David Williams. ‘I think there is a new generation that is deeply interested in political activism, and is coming at it from a faith perspective. There’s a real push back from Christian progressives who have had enough of being tarred with the same brush as radical evangelical right Christians.’

Williams’ new production, Quiet Faith, examines progressive faith politics. The production is a co-commission of HotHouse Theatre in Albury Wodonga and Port Adelaide-based company, Vitalstatistix. Williams and performer/collaborator Ashton Malcolm interviewed around twenty people: ministers and pastors and social workers and health workers and educators. Williams was willing to talk to anyone with a religious faith and an interest in civil engagement.

Excerpts of these recorded interviews will be played in Quiet Faith, with Williams and Malcolm performing as mouthpieces for the verbal testimonies.

‘I come from a religious family,’ Williams says over a cup of tea. ‘I was seeing a real disconnect between the values of the Christians in my life, who very genuinely embrace the philosophical teachings of Jesus Christ, and the values of the parliamentarians who are very public about saying “I’m a Christian, vote for me”.’

One of William’s motivations for developing this work is to break religious stereotypes.

‘There’s a lot of attacks on Christian parliamentarians from the secular left,’ he says. ‘A way of developing a counter perspective on faith and politics is to actually ask progressive Christians about it. The kind of people we don’t often hear in public life, although we are starting to with campaigns like Welcome to Australia and Love Makes A Way.’

When creating the Quiet Faith set with designer Jonathon Oxlade, Williams wanted to confront the audience with the sacred, the ritual, the divine. Attendees will sit in three concentric rings of benches, under a suspended ‘halo’ that projects a stream of white light.

‘I was very interested in replicating two things about church environments,’ says Williams.  ‘One is they make you very aware of vertical space. Churches often have high roofs. And people are scattered throughout the pews, in my experience. So you’re put into a contemplation space where you encounter the divine, where people are forced to contemplate their smallness.’

But it’s not just interviews. Quiet Faith also showcases intimate scenes of worship. Speaking about a singing scene, Malcolm reveals the personal nature of the project.

‘There’s a song that I sing, a favourite that I sung when I was younger,’ she says. ‘When I went to church it was such an anthem. It is so earnest – even as an actor, I feel that it is vulnerable.’

As well as worship songs, the production will mimic other elements of a church service: pealing bells and a choir. The audio creation of a Sunday service is furthered by eight different speakers – sound design wizard Bob Scott mixed the recordings (from the Vox ensemble of the Sydney Philharmonia Choir) to give a surround sound effect.

In a church-style environment, Quiet Faith addresses the reality of the religious. It will be an immersive experience that explores progressive Australian Christianity.