Rose Callaghan and her mates Kelly Fastuca and Will Sylvince took to the stage at Hugs and Kisses nightclub to deliver some choice anecdotes about dating, fame, living the creative life and ‘rooting.’

The space is small but welcoming (check out some of the signs in the ladies bathroom – these should be in every nightclub). We were directed to a small stage surrounded by tables and chairs, after which a voice rang out from behind the curtain: ‘Hi everyone, are you ready to LOL?’ ‘Yes!’ We cried as Rose burst onto the stage, encouraging us to all stand up and search the carpet for MDMA before declaring, ‘nah suckers I already did a sweep ha!’

I enjoyed Rose’s brand of comedy. She doesn’t apologise for who she is and jokes about her life, her sexuality and her body without self deprecation. She’s that smart, funny girl you sat next to in high school who could get the group into stitches and the straight talking colleague you look forward to hanging out with at work. She’s positive and confident as she regales us with tales of her ADHD diagnosis, her career as a extra and that time she had dinner with a satanic real estate agent.

There is an strong underlying feminist slant to Callaghan’s work. She questions why are there no ugly women on TV with so many male trolls kicking about? She proposes that until ugly women are on TV, and we have a bit more man candy to get us through the news, we still have a long way to go. Which is true. She then went on to deliver a top joke built around the tips independent women can adopt to prevent themselves from being murdered by men in parks (Hint: nothing). 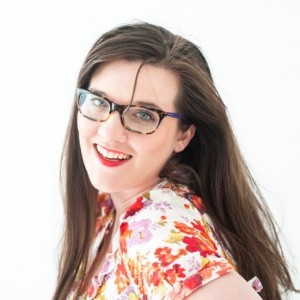 She and her guest, mate Kelly Fastuca, also touched on the status of women in comedy with a dry wit that actively challenged the sexism too often repeated in the industry. ‘Who knew that women who are funny are also fuckable?’ Kelly asks bluntly, rolling her eyes at the ridiculousness of a trope that devalues women’s contributions to the scene.

Rose’s other mate, Wil Sylvince, hailing all the way from New York city comes complete with side busting accounts of New Yorker life and the rats that run the place. His delivery is somewhat bleak without being nasty: ‘Melbourne alley ways, there’s always something interesting to see. New York alley ways, that’s where you die.’ His stories tied in nicely with Callaghan’s pace and themes and he called me baby girl when I offer an affirmative to a question which I did not mind.

Kelly and Wil had their own shows as part of the Melbourne Comedy Festival but I am glad they teamed up with Rose for Return of the Mates. I found myself laughing at the jokes days later with my own best mate who came along. Rose Callaghan and Mates 2: Return of the Mates proves how great the ties that bind can be.