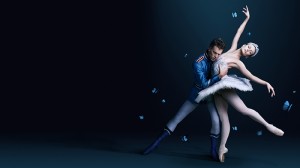 It’s almost every little girl’s dream to dance the lead in Swan Lake. The chance to be the centre of attention amidst the grace and beauty of ballet at its most finest is just too enticing to resist. Admit it: even if you now couldn’t care less for ballet, there must have been some point in your childhood that you danced around in a tutu, pretending that you were the Swan Queen Odette?

Romantic performances that pull at your deepest emotions should should be what all ballet emanates, but Swan Lake is really the epitome of it all. With The Australian Ballet’s latest production of Swan Lake, there’s an attention to detail that captures perfectly the dreams of those little girl’s, as well as the audience it leaves in its wake. It’s everything you want it to be, and more.

Piotr Ilyich Tchaikovsky’s classic has been redone and remade over and over since its creation in 1875. To put on Swan Lake is a mammoth undertaking because there’s not just the choreography, the music, the costumes, and the set design to consider, there’s also the pressure of getting it right.

To me, getting a ballet right, or any show or performance for that matter, is all about wowing every audience member, whether they be seasoned ballet experts or absolute novices. That’s why I took my partner along to opening night of Swan Lake at the Sydney Opera House. I wanted to experience not only my reaction of reliving that little’s girls dream and of getting lost in the magical romance, I also wanted to know what it would be like to see this production as a first-time ballet-goer. Needless to say, he enjoyed it immensely, and could not only follow the story and appreciate its beauty, but he was also lost for words, which is exactly how I felt, too.

The stars behind the doomed lovers Odette and Sigfried are Amber Scott and Adam Bull, respectively. Scott is incredibly talented and absolutely shines in her role. I’ll admit that I’m perfectly okay with her being the Swan Queen instead of me, she darn well deserves it. The production also has artistic director David McAllister and costume and set designer Hugh Colman to thank for its success. Most notably, however, is Stephen Baynes’s innovative and alluring choreography. The moments that Baynes brings to life on stage are breathtaking and transcendent. There were very few moves or scenes in which I wasn’t holding back from letting out a loud “Oooohhh” or “Aaaahhh.” I thankfully had some restraint in me, though it was no holds barred when the final curtain dropped and the applause began.

My realisation of the strength, integrity, and sheer talent of the ballerinas themselves really topped it all off. You can only say enough about the male performances before you run out of words, but a ballerina’s grace and enduring strength has a limitless quality about it. Women are the real stars in ballet because they are the instruments of the story and the beauty, they are the pillars that move effortlessly before your eyes. The Australian Ballet’s latest production of Swan Lake focuses its limelight on the Swan Queen and her maidens, and the audience is rewarded with speechless awe.