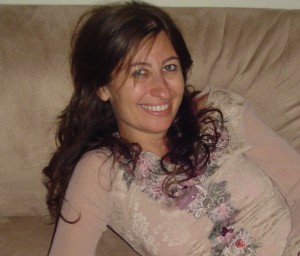 Perhaps I’m obsessive, and definitely greedy, but at any given time I read in three different genres: fiction, nonfiction and creative nonfiction.

My current fiction reading gravitates towards classics; I just started Dickens’s Great Expectations which hooked me from its first paragraph. In nonfiction I’m now following my interest in antiquity through Nefertiti by Evelyn Wells. Despite its title, the book is more about the husband of this Egyptian queen, who propagated world’s first monotheistic religion.  It is also a fascinating study of daily life in ancient Egypt. Did you know, for example, that nude or almost-nude was an acceptable form of public dress there?

The masterpiece by Truman Capote In Cold Blood is my current creative nonfiction reading. Capote wrote this book without writing ‘I’, yet stayed close to the emotional urgency of the story, confidently inhabiting the perspectives of very diverse characters. The structure of the book is impeccable too.

Being a writer, books change me, or at least my writing, all the time. Stasiland, for example, the wonderful work of investigative journalism by Anna Funder, helped me discover the structure for my memoir The Dangerous Bride.

But the book that affected me most profoundly, on many levels, is the Russian novel Master and Margarita by Mikhail Bulgakov. I read this book several times, the first being when I was still a child, and I believe its philosophical and humanist bent helped shape my personality and my tragicomic worldview. The book taught me about the redeeming power of laughter in the face of the despicable, how irony rather than righteousness is our best friend. This novel was also partially responsible for my quasi-metaphysical approach to writing; I often use my work to try finding some hidden order in the chaos of life.

Have you ever met a favorite author?

Many of my favorite authors are already dead. I did come across my favorite Australian author, Robert Dessaix, on several occasions and was thrilled to discover that he was just as witty, warm and generally larger-than-life person as he is on the page.

All Nabokov’s books do. Nabokov is a true genius. His erudition, wisdom and use of language are incredible. Reading him usually sends me into depression because I know I’ll never be capable writing a sentence, such as this: ‘Sleep is the most moronic fraternity in the world, with the heaviest dues and the crudest rituals.’ Whereas the complexity of his prose sends me into fits of anxiety; when I read his books I am haunted by the knowledge that I miss so much due to my ignorance. This is why I purchased an annotated edition of Lolita for future re-reading.

I don’t have such a pile. Instead, I have rows of bookshelves crammed with books I obsessively buy, forgetting how many more unread books I already have.

But I am about to embark on reading books relevant to my next writing project – a book about growing up in the former Soviet Union. I’ll be reading books about Russian history, such as Natasha’s Dance by Orlando Figes, memoirs about Russia starting with Gary Shteyngart’s Little Failure and memoirs about familial relationships, such as the classical Fierce Attachments by Vivian Gornick.

Francisco Goldman’s Say Her Name, which is a memoir thinly disguised as fiction.

This book just has it all! It is a linguistically brilliant, humorous and poetic, heartbreaking yet joyful love story written by a grieving widower. The loss and longing are visceral. The voice has just a faint waft of (skeptical) mysticism to it that I find appealing. The characters are fully alive; particularly, Goldman avoids the almost impossible – sentimentalising his dead wife. Instead, she emerges loveable yet flawed and vulnerable. It was one of those books I hoped would never end.

I tend to read writers whose voices remind me of the tone I want to achieve in my own work, which is mostly a kind of dreamy, tipsy, ironic yet romantic tragicomedy. Joan Didion, Milan Kundera, Robert Dessaix, Geoff Dyer, Francisco Goldman and Elif Batuman are amongst my inspirations.

I am inspired not only by their use of language, but also by their unabashed interest in ideas in the era when writers like presenting themselves as storytellers. Their breadth of allusions and aversion to political correctness also inspire me. These writers just sound so sane amidst the cacophony of our world.

Lee Kofman is an author of four books – the most recent is the memoir The Dangerous Bride (2014, MUP). Her short works have been widely published in Australia, the UK, Scotland, Israel, Canada and the US, including in Best Australian Stories and Best Australian Essays. Lee has been mentoring writers for over ten years.  Lee is the blogger-in-residence for Writers Victoria and her personal blog was a finalist for Best Australian Blogs 2014. More information at www.leekofman.com.au