there must be more than this: the evolution of catwoman 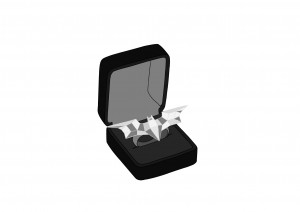 She made her swingin’ silver screen debut in 1966 in Batman: The Movie as one of Gotham’s four supercriminals; turned heads in 1992 at the hand of junior Merchant of Menace, Tim Burton, and was reincarnated as a selfish softie in The Dark Knight Rises last year. But whether in spandex, vinyl or leather, one thing all these feline femme fatales have in common is the ability to make Batman’s boxer-briefs hit the floor at first glance. You would think the years of sexual revolution would empower Catwoman to be her own villain, but as I’ve re-watched these catwomen in action, it appears to have swung the other way. Why?

Lee Meriwether’s 1966 Catwoman has no alter ego. Rather, her temporary alter ego is Kitka, ‘the charming Russian journalist,’ to use Bruce Wayne’s words.

Meriwether’s Catwoman dates Bruce as Kitka, in order to trap him for her fellow supervillains to kidnap; she never becomes emotionally attached at all, despite Bruce’s drooling.

This ‘Catwoman’ is a cartoon. She is completely one-dimensional; always seductively evil with no feeling besides anger and brief fear. She presumably has no parents, considering that Catwoman is her ‘real name’. The reason this Catwoman has no emotion is that she wasn’t created as a standalone character. She is merely an extra without a back story, there simply to serve Batman’s story.

This nineties Catwoman  wears her costume to disguise the ‘meaningless’ Selina Kyle when she feels at her lowest. When she takes off her mask, she goes back to being Selina with a revamped sense of self.

With Beetlejuice and Edward Scissorhands behind him, Tim Burton teamed up with Heathers writer Daniel Waters to create a more rounded Catwoman. Established sexpot and Oscar nominee, Michelle Pfeiffer, was cast as an independent woman with serious self-confidence issues turned vengeful vamp.

While Selina is kept separate from her villainous alias, Catwoman creeps into her consciousness from time to time, seen when the self-professed ‘meaningless secretary’ engages in banter like:

Bruce: No hard feelings then?

Bruce falls deeply in lust. We think they’ll run off together when Selina professes that Bruce makes her feel the way she hopes she really is. But in this ‘battle with duality’, someone has to win. When Bruce, knowing her true identity, asks her to come away with him, Selina has no choice but to honour her true nature. She replies ‘I’d love to come live with you in your castle…but I couldn’t forgive myself.’

Christopher and Jonathan Nolan took on Selina Kyle last year, challenging the mould by casting former princess of Genovia who grew up to be the White Queen, Anne Hathaway. This Catwoman is by far the most intricate: Selina Kyle is a woman forced into burglary, became a mastermind jewel thief and is now a hired gun for massive criminals, only in the hopes of aquiring a ‘clean slate’. She meets Bruce while stealing from his safe and kicks him to the floor before jumping out the window.

Although Bruce sleeps with the real bad guy, Miranda Tate, he flirts with Selina tirelessly. His influence guides her from being a petty criminal to a superhero when she falls for him and understands the joys of saving people. Bruce gives Selina his mother’s pearls and they run away to Florence together, abandoning their action-packed alter egos for a simple life.

As much as it’s exciting to see the evolution of the multi-dimensional Catwoman, it’s kind of disheartening that the most modern version had to be rescued from her shitty life like a damsel in distress.  It just begs the demoralising question, if Catwoman needs a man to be fulfilled, what hope is there for the rest of us?