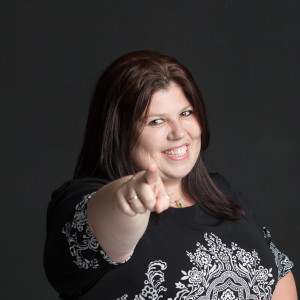 The Sydney Comedy Store always offers up amazing acts. Whether they’re well-known comics or up and comers, I always end up having a ball and also a good few hearty, knee-slapping, clap-inducing laughs. With Urzila Carlson’s stand-up routine Poise Control, there was no exception, except, well, for the fact that it was completely different.

Urzila’s comedy style is very unique. Not just because she doesn’t heckle the audience or pick on those in the front row (thanks for that, I was sitting smack bang in front of you with my boyfriend and we were a bit hesitant about being so close), but it’s different because her comedy is about really, really important things. So after the show you feel enlightened in a very serious way, but she takes it all in stride, and she makes you giggle hard, throw your head back, and exhale out everything bad about your day.

So just what is her comedy about, you ask? Well, it’s about being nice to one another. In a world ravaged by mobile phone addiction (come on, you’re reading this on your phone, aren’t you?) and snobby people who go through their daily routine without the blink of an eye or an acknowledgement of those around them, we are living on the brink of losing our manners altogether. Urzila mentions seeing a busload of people all with their heads craned down downs their phones, oblivious of the real world around them. I’ve seen the same and looked on it with disgust, and then turned my head back towards my iPod (yes, I’m a hypocrite, just like you). If we continue to ignore one another, how will we deal with a crisis and how will we continue on as a species? These are some huge questions that I mused on after watching Urzila’ show.

One of the most interesting jokes that Urzila weaves in her show has to do with mothers and children. She explains that a newborn child is like a new computer when they arrive into this world. They have not yet been downloaded with any operating system, and their slate is wiped clean, their memory and storage is unlimited. The mother’s job is to upload the operating system and to install apps, programs, and the like. It’s a poignant and hilarious analogy. I was laughing so hard I almost cried, and then realised that maybe I was almost in tears because it was so incredibly true. We are machines now, through and through. And although this may make some people happy, it makes me very worried indeed.

So there’s an incredibly serious review of a not-so-serious art form. But isn’t that what makes comedy so great? It’s like the Greek tragedies of old, the ones that were hilarious but also painstakingly truthful about the politics of its day. Back then, people laughed but also thought seriously about what was on stage. I think Urzila brings this back in her own way. I left with a belly full of laughs and a mind full of questions and ideas, and that’s just how comedy should be. We should be able to laugh at our misfortunes, whilst at the same time our ignorance is subtly brought into the limelight.