a dating dilemma – where do you meet new people these days? 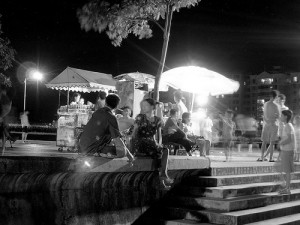 This post was sponsored by eHarmony.com.au. If you have a question about sponsored posts, please contact Zoya at [email protected].

The past year has been full of milestones for my social group, most of them tied to the fact that most of us have now graduated university, and are either in or are facing our first year of full-time employment.

For many of my single friends, leaving the hallowed halls of university has meant more than just buying corporate clothing, perfecting their caffeine addiction and learning how to deal with the stifling routine for full-time – it has also raised that age-old question, ‘where do I meet possible partners?’.

The number of times I have heard a friend say ‘there’s nowhere to meet people anymore’, or ‘where do people even find boyfriends/girlfriends?’ is growing with each fresh week without the comfort of tutorials, lectures, and the uni bar, with their endless string of new exciting faces.

I can see their point too – I mean, where do you meet people these days? With the changing social environment, it’s getting harder and harder to meet new people organically. The days of speaking to strangers at coffee shops(or even bars to an extent) are largely behind us. I know that in my experience, if I’m going out it’s usually to hang out with people I already know – and it’s very rare to meet someone knew unless it’s through a friend.

This is obviously somewhat dependent on where you live. I live in a mid-size town where it’s hard to go anywhere without bumping into people you know – and if you do somehow meet someone new, they probably went to school with/lived next door to/used to date/know the sibling of someone you know anyway.

But a bigger influence on the way we meet people, especially in terms of dating, is the internet. So much socialising happens online now, it’s actually more likely that you’ll meet someone new through Facebook, Twitter, or an online community than through a face-to-face social event, to an extent.

Even if you do meet someone in person, actually building a connection, and a lot of the flirtation happens online now, too. I met my partner in person briefly, but we became friends through Facebook, and it eventually developed into a relationship.

When this trend first started evolving, I found it difficult to cope with – how could I tell if someone was being genuine if we had only really interacted online? If a potential paramour was flirty online, did that mean that they were actually interested, or did they have a particularly verbose online persona? If our chemistry was excellent when chatting on Facebook, did that mean it would be the same in person?

Ultimately, that kind of thing is hard to pick, and it’s not that different from face-to-face dating (so many times, I’ve thought I had a real connection with a guy at a party, only to realise later it was probably the alcohol that was creating that chemistry), but part of the issue is that interacting through social media sites can be a bit vague.

It’s hard to tell if a Facebook friend is just that – a friend – or whether the friend request is actually a means to an end.

Part of the reason why I think that I would try online dating should I become single again, is that it takes away that uncertainty. Both in ambiguous online interactions, and in face-to-face flirtations, it can be so hard to read the other person’s intentions.

I kind of like the idea of having a space where you can actually meet people who are all looking for similar things in terms of romance, and maybe eventually meet the perfect person, who it’s unlikely you would have met otherwise.

I don’t think that it’s impossible to meet people organically, face-to-face anymore. It certainly does happen – but it requires a fair amount of enthusiasm and effort to find new places or context where you’ll be exposed to different people.

I do think that if you’re hunting for love, it’s more likely and immediate that you will meet new people, who you wouldn’t necessarily meet through friends or at a bar, online.