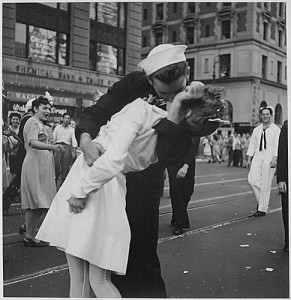 Like most young women, Gemma Beale has had her fair share of harassment and unwanted attention, and at midnight one night she decided she’d had enough. Rape culture is an undeniable aspect of our society, and now through the use of social media and tumblr, Gemma is shining a light on the all too common day-to-day situations women find themselves in.

By asking others to share their stories on “…and you say rape culture doesn’t exist”, an uncomfortable, at times shocking and ultimately all too familiar archive of stories and experiences is starting to take shape.

What prompted you to start this project?
I had one particularly bad week where I had three separate incidences with creeps on the street. When I started talking to friends about it, most of my female friends responded with similar stories while most of my male friends responded in disbelief. I follow HollaBack and Street Harassment on various social media platforms so once I started to write my own experiences down popping them up on Tumblr seemed like an obvious option.

Do you feel rape culture is commonly and easily ignored?
Yeah. I think the difference in reactions from my female and male friends highlights that – that the nature of street harassment, specifically, and rape culture more broadly means that women often dismiss these  encounters incident by incident, or internalise ways to avoid them, while (most) men go along their merry way.
The incident by incident thing is, I think, the main problem. For example: I’ve included a story of waiting at a train stop where a man approaches me and shows me his penis. As a standalone incident it’s scary and intimidating but perhaps tells you more about that one man than it does about women’s day-to-day experiences. But when I consider it in conjunction with a bleeding man telling me he would rape me or a taxi driver propositioning me, the story changes and a structural problem becomes clearer. Likewise, it’s easy for men to ignore something they never (or rarely) encounter.

What has the response to “and you say rape culture doesn’t exist” been like?
It’s been pretty amazing, especially for something I started on a whim at midnight. Right now it’s only been up for 14 hours and I’ve had an overwhelmingly positive response. Three people have emailed me their own stories, I’ve got a bunch of props on tumblr and Facebook and, of course, you’re interviewing me about it.

What do you think needs to happen to change the overall attitude of the community towards rape culture?
That’s a huge question. Lots of things. We need to respond to women’s stories seriously. We need to challenge the idea that wherever women are there performing for men, that they need to be attractive, smiling and “up for it” at all times. That any male attention is flattering rather than unwanted (we see this in freaking diet ads where women are rewarded for losing weight by getting wolf whistles as they pass construction workers). We need to challenge men’s entitlement. More lights and more security cameras aren’t going to save the day. Mostly, though, I think it comes back to the pesky ‘ol patriarchy. We need to challenge gender roles. If we teach girls to be pretty, passive and pleasant and we teach boys to judge girls on this while simultaneously dismissing their bad behaviour with this “boys will be boys” nonsense there’s little wonder that the boys turn into adult men who feel entitled to tell women they don’t know how good/bad they look, and it’s unsurprising that those women don’t just tell them to fuck off.

What do you hope this page will achieve?
Hopefully it will act as a space for women to see the bigger picture and maybe even get angry about it. And if it continues to get such a positive response, I think a whole collection of different but similar accounts of the harassment experienced by women who have attempted to negotiate the public sphere unchaperoned might also offer those who don’t have to deal with this shit –mainly straight, white, masculine men— an insight into how pervasive this issue is.

How can people share their own experiences with the page?
Write them down and send them to me at [email protected]. I’ll post them anonymously. It’s effectiveness if based wholly on having a diverse but similar selection of experiences so I’m grateful for anyone who shares.

One thought on ““…and you say rape culture doesn’t exist””