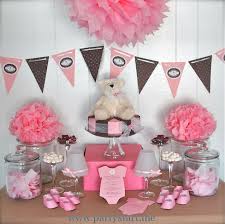 Last weekend I found myself at a baby shower. It was held in the park on a glorious Sydney Sunday. The mother is having a girl and so we found ourselves surrounded by pink paraphernalia: cupcakes with tiny sugar shoes, cranberry juice and pink champagne, and of course, a pile of presents wrapped in candy colours. (We’ll save discussing the topic of gender conditioning starting even when the child is still in utero for another time).

The organiser of the baby shower had selected a range of games for us to play. Fortunately the traditional and oh-so-hilarious ‘guess which particular brand of chocolate has been melted into the nappy’ game didn’t make the cut, but we did play ‘guess the girth’, ‘baby name bingo’ and there was a onesie-painting competition.

Like everyone else there, I went along with the games and the squealing and the general carry-on. I’m happy for my pregnant friend, it was a gorgeous afternoon, and the cupcakes were tasty. But as I painted a distorted elephant onto a white onesie with non-toxic paint, I began to feel increasingly uncomfortable. The women there were all intelligent, capable adults. Some of us have jobs which require a high degree of professionalism and assertiveness. In our personal relationships, we have no difficulty asking for what we want, communicating our grievances and devising solutions. If having children is something which requires maturity, competence, and some degree of life experience, and current thinking says it does, why is one of the major rituals surrounding it so intent on infantilising the parent?

As usual, in answering this, I came back to the fundamental question, the surefire test as to whether this is a feminist issue: ‘Do the men have to put up with this?’ And of course they don’t. The rituals surrounding imminent fatherhood are fewer and further between (men are less defined by their parental status than women), but they seem to be rightly focused on adult activities: cigars to celebrate the birth, for example. (When I asked my male partner whether there was a male equivalent to baby showers, he answered, ‘locker room showers’, which pretty much sums it up).

Baby showers were traditionally invented so that mothers, who likely had a lot of useful baby paraphernalia which their progeny no longer needed, could hand this on to an expecting friend to reduce her need to fork out for new things. They were also a chance for mothers to pass on their wisdom and advice from their own experiences, and were a family-orientated affair, with grandparents, aunts, sisters and so on often co-ordinating the event. They have inevitably become more consumer-focused with the rise of consumerist culture, with most presents now being bought specifically for the occasion. At most baby showers now, all female friends (regardless of whether they are parents) will be invited, leaving us with an exercise on par with an alcohol-free hen’s night. Apart from these two rituals, I can’t think of another situation where I’m surrounded, as an adult, entirely by women. It seems odd to exclude men from the baby shower, especially as it’s highly likely that a man was involved in the creation of the very thing we’re celebrating. But then if they were invited maybe we’d feel more self-conscious about all the pink.

I think the infantilising rituals are symbolic of the loss of identity some mothers experience, where they lose sense of themselves as separate from their identity as a mother. Reducing the woman, who used to be a competent adult, to the status of a dependant, begins in pregnancy and is particularly pronounced in the first months after the birth. Baby showers are essentially antifeminist because they contain these undertones. They are outdated and divide women into two categories – those who are mothers and those who are not, all other achievements and experiences are negated.

I’m not against the idea of a mother-to-be having all her female friends round before the birth. I have personal qualms with the idea of a ‘shower’ (i.e. present-collecting exercise), but that’s more because I just think it’s bad manners to ask all your friends to give you a gift. Single women who don’t get married or have children have much less opportunity to ask all their friends to a party celebrating themselves. But all that aside, what I find so abhorrent is the tone of the enterprise. If baby showers simply involved a group of people gathered to celebrate the imminent arrival of a brand new human being, it would be different. If we could acknowledge the adult nature of parenthood with suitably adult rituals (maybe not cigars for an expecting mother, but shifting these things from an afternoon to the evening would go a long way). When my friend decided to have a baby, she no doubt did so knowing her own mind, with an acknowledgement of the monumental commitment of bringing a person into the world. It’s a huge and happy decision, and we should celebrate the fact that she is an adult who is competent, rational and able to make it.

8 thoughts on “are baby showers anti-feminist?”