as long as you don’t act like a wog: negotiating implicit family racism 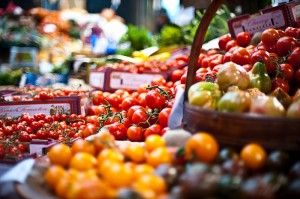 Blood is thicker than water, but for some ethnicity is the deciding factor. That’s a bold claim but as a target of family racism, it’s something that I am forced to think about. I’m what could be considered ‘biracial’, that is, my mother is Anglo-Australian and my father is Italian.

All racism is bad and I hate hearing anyone – related or not – badmouth a group of people. There’s something particularly sinister about being a part of that group, though. The racism I have experienced is mild and is generally viewed as jest. However, under the surface there are centuries of misunderstanding and misconceptions about one group of people being better than another.

At times, it can be stronger, more overt, as in ‘you’re fine, as long as you don’t act like a wog’. It can come in the form of backhanded compliments: ‘you’re quite attractive for one of them’. It can also be reversed, or turned into an issue where I see none: ‘oh, I was going to buy you a Looking for Alibrandi DVD, but I thought you might take it the wrong way’.

I’m not the only one, either. It seems for a number of people of varying backgrounds there can be direct and indirect racism. Kina* describes herself as ‘mixed race’, being an Australian of both Anglo and Chinese descent. She has been privy to rants by family on Asians, some of which have ‘a hobby of tearing down other cultures’ even though they have travelled extensively.

‘You’d think going to places like the Suez Canal, Ceylon, the Philippines, Cape York and the remote parts of northern Canada would transform your perceptions of people of other cultures and rid you of any prejudice, but unfortunately it can just reinforce those perceptions in some,’ she says.

Listening to such sentiments can have a distinct impact on your sense of belonging. Kina says at times, she has felt ‘more Chinese than white’ and let her Anglo family members know about it.

‘They were like, “how’s that even possible?” I couldn’t really explain it,’ she muses. ‘I wanted to say: “because your views are ostracising and don’t make me feel included”, but I didn’t. I just stopped it there and they carried on in their closed-minded bliss.’

Luckily for Kina and I, our experiences haven’t been a matter of life and death. Last year, a 38-year-old British man was gaoled for life for murdering his wife and daughter while on a drug binge, but spared one of his children. John Miller, an overt racist, told the court he let his 4-year-old blonde, blue-eyed daughter live because of her ‘DNA’. Miller’s partner and older daughter were both British, like him and his surviving child, but he considered these characteristics of the ‘Aryan’ race to be a redeeming feature. This is indeed a severe case, but nonetheless a sign of the perverse consequences of family racism, even where ethnic identity is identical.

Perhaps the prolonged effects of family racism partly stem from the complacency of parents. I know that the guise of a laugh is the main reason my majority-culture mother has never really spoken up on my behalf to majority-culture family. Perhaps this is also the means as to why I, for a time, distanced myself from one part of my ethnic identity.

Reality star Kim Kardashian, bless her diamond-encrusted socks, is on to something in her recent postings on social media about motherhood opening her eyes to racism.

‘I feel a responsibility as a mother, a public figure, a human being, to do what I can to make sure that not only my child, but all children, don’t have to grow up in a world where they are judged by the colour of their skin…’ Kardashian blogged on Twitter. ‘I want my daughter growing up in a world where love for one another is the most important thing.’

Kardashian has come under scrutiny in the Twittersphere for her belated epiphany and for making bold statements without clear goals. But better late than never to sympathise, particularly with your child, right?

As many highlight, it’s easy to be an online activist, attacking faceless individuals for their derogatory behaviours. Anonymity and a lack of emotional attachment to these monsters allow one to denounce them. But it is much more difficult to balance race relations and family relations. While I know my family love me, and I them, it is difficult to reprimand them for their behaviour. I personally find it easier to admonish family for any comments they make about an ethnic group that I don’t belong to.

With the Abbott government’s aims to repeal section 18C of the Racial Discrimination Act, it compounds the issue. Not having a legal leg to potentially stand on highlights just how important it is to speak up while I still can. I went over an online checklist to deal with racist family. Talking it over, killing any racists with kindness if you’re discriminated against: these are some methods it suggested.

Talking it over is something Kina has taken to combat the indirect discrimination she has experienced. She once responded to a family member’s comments on one Asian culture’s practices with historical facts on the country in question, to justify their different behaviours. Fearing her to be hurt, it was one of the only instances to be smoothed over by the perpetrator telling the Chinese members of her family, ‘nah, you lot are okay’. While this is not excusing the behaviour, Kina acknowledges the benefits of raising more progressive viewpoints with racist family members.

‘We often have conversations about society and culture, and I enjoy it,’ Kina says. ‘It’s always healthy to discuss things with people who have vastly different views to you.’

*Not her real name.