Feminist of the week: Monica Dux 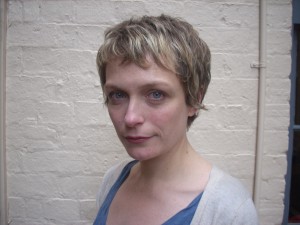 How would you describe yourself and your life?
I’m a feminist, a writer, a mother of two small kids. I’d like to say a feminist “trouble-maker” but I’m usually too over-tired and busy to muster more than a few grunts and some fist waving at the world’s many injustices.

I’ve been a writer since about 2005, publishing mainly social commentary and satire. In 2008 I co-authored a book on feminism, The Great Feminist Denial (with Zora Simic). Before this I spent far too many years not finishing a PhD on the worthy topic of the history of venereal disease. I also worked in publishing before I took up freelance writing.

I’m currently working on my second book, my take on pregnancy and early motherhood. It’s going to be published early next year.

What does Feminism mean to you?
For me, feminism is a way of explaining the world, and making sense of it.

Feminism is a broad, dynamic, evolving movement that encompasses many different ways of interpreting gender based inequality and injustice.  Fundamentally, feminism is about justice for women.

Saying you are a feminist is to recognize that at certain times, in certain contexts, women suffer disadvantage because of the fact that they are women.  Feminists seek to understand how this comes about, how it plays out, and how we can redress the imbalance.

Do you think feminism has a place in today’s society?
Absolutely. Women still experience difference types of discrimination all across the world. It’s a myth that feminism somehow sorted out all the problems back in the 1970s. There are so many issues that women face even here in our own backyard – from equal pay, to domestic violence, sexual assault, to being excluded from positions of real power.

Which feminist stereotype annoys you the most? Why?
There are so many limiting and misleading stereotypes that are used to undermine feminism. But the one that annoys me the most is the idea of feminism as out of touch and irrelevant. Also that feminism is narrow and doctrinaire, like some sort of strict club, there to harangue women, with Germaine Greer sitting at central command.  Essentially, such stereotypes are used to shut women up.

If you could pass on one piece of advice to other feminists, what would it be?
Feminism and feminists are a highly diverse bunch. Don’t be intimidated, don’t think that you have to have read the latest feminist tome to be a feminist, or that you need to be an activist. And don’t be afraid to “own” your feminism.

Where do you think Feminism will go in the future?
For all the noise that gets made about feminism being irrelevant and no longer necessary there is a tremendous amount of feminism happening today across the generations. In fact, in the past few years I’ve noticed a real upsurge in feminist activism, and a lot more unselfconscious discussion about feminist issues from women in the media. I know that a lot of my generation are tired of waiting for things to improve, when in many ways they are actually going backwards. For example, the fact we still don’t have equal pay, the fact that women still do the bulk of domestic work, the fact that women continue to suffer severe poverty in the developing world, all these issues show that there is still so much work to be done before we get any where near an equitable and just world.