in brief: pink declares herself a ‘reformed slut’ 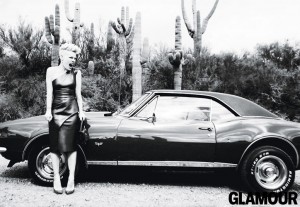 The bad girl of pop rock, Pink, recently claimed in an interview with Glamour magazine that she is a ‘reformed slut.’

Discussing her most recent album The Truth About Love (2012), which features songs that explicitly deal with feminine sexuality and being known as a ‘slut’, Pink expressed her concerns for a sexual double-standard that prevails in society. She explained: ‘I’ve always had an issue with the idea that, Ok, we’ve both decided to do this, why am I a slut and you’re a player?’

She started out a boot-scootin’-beer-swillin’-bar-bitch but now has emerged from a chrysalis of flower-arranging and demure comportment as a purse-lipped-proper-lady-of-noble-birth. (Is there some kind of finishing school for sluts?)

Referring to oneself as a ‘reformed slut’ could have slut-shaming connotations. However, in listening to Pink’s track, Slut Like You, in which she claims ‘I’m not a slut, I just love love,’ it becomes apparent that rather than slut-shaming, Pink’s discussion of herself as a ‘reformed slut’ is somewhat empowering in that her sentiments show that it’s ok to be an unapologetically sexually active young woman (or at least it should be!)

The main lyric of the song: ‘I’m a slut like you,’ sounds like it is addressed to a male sexual partner in a one-night stand, thus breaking down the slut-player dichotomy in which sexually active women are framed negatively, whilst men’s unattached sexual escapades are valorised.

By having no qualms about her past as a self-proclaimed slut, Pink is a living example of the much needed resistance against cultural constructions of “sluts” (read: sexually active women) as morally deficient, mentally unstable, self-loathing and unsuccessful.

The word slut can no longer be used as a pejorative term for women if women refuse to be shamed for their sexual activities and proudly or even just ambivalently refer to their sexual pasts out in the open in ways like Pink has done.

One thought on “in brief: pink declares herself a ‘reformed slut’”