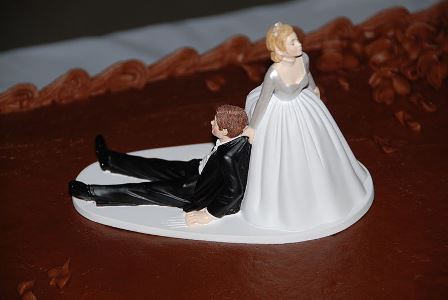 Hearts are breaking all over the world as it was announced a few weeks ago that the charming, suave, internationally adored ladies-man that is George Clooney, got engaged. Since the announcement every magazine seems to be obsessively focused on who the lucky lady is, and how on earth she managed to hook the most eligible, yet least committed, bachelor in Hollywood. Never mind that Amal Alamuddin, 36, is a beautiful, intelligent, tri-lingual, incredibly successful human rights lawyer, there must be some trick or method she used to snare Clooney. Right?

As ridiculous as all of these articles are, it did make me think about how women, especially older women, are represented in the media, in comparison to older men. George Clooney is 52, yet out of all the media coverage of his string of relationships with models, actresses and other women, I have yet to see one that even comes close to how women of that age are portrayed.

Poor George, after being desperately unwed for so long, he has finally managed to get himself a fiancé, and just in the nick of time. Oh wait, that’s Jennifer Aniston.

This bitchy, childish, classroom bullying technique that is seen constantly in the media is something Jennifer Aniston knows well. Jen in particular is a celebrity who it seems will never be free from the obsessive media scrutiny on her love life, which has been splashed over the media constantly for the last few years, as she traverses through single life, engagements and break ups. No matter what she does, Jennifer cannot win; if she is single, the papers declare ‘poor Jen, all alone’; if she is in a relationship she has managed to ‘snare’ herself a man; if she gets engaged, the tabloids seem to be lying in wait for it to all fall apart, dissecting her every move in the relationship.

God forbid women in Hollywood be over 40 and not married. The latest trend in Jen’s media life is the recent controversy over whether the star is pregnant or not. But wait, hasn’t this been done before? In the recent article I read on this topic, it opened with the news that Jen was “finally” pregnant with Justin Theroux’s baby, as she has been ‘childless for so long’. It seems these articles are nothing more than rumors, as Jennifer has announced that she is not pregnant. But if it were in fact true, all the articles commenting on what should be a joyous and wonderful time in a woman’s life are determined to undermine this, by drawing attention to her age and how “desperate” she is for a child even ending the article with the speculation that Jen might be sterile instead of pregnant.

‘Rumors about Jennifer Aniston’s sterility have rocked the industry, prompting many fans to believe that hunky star Brad Pitt sought a divorce from Aniston due to her incapacity to conceive.’

Ahh there it is. I knew there couldn’t possibly be an article about Jennifer Aniston without that extra little dig of mentioning Brad. So according to the media, Jennifer is either desperately trying to conceive, or barren? Are these the only options for older celebrities? Can there not be a happy middle ground here?

This same negative attitude can be seen in the media now that Gwyneth Paltrow and Chris Martin have announced their ‘conscious uncoupling’, which they posted on Gwyneth’s website Goop a few weeks ago. The couple married in 2003 and have two children; Apple, nine, and Moses, seven. Elated with their peaceful divorce, they want to end things amicably so they can still co-parent and raise their children together.

While the attention on Chris Martin seems to be mainly focused on Coldplay and the toll his career has taken, tabloids have shown photos of Gwyneth looking ‘tired and gaunt’ as she went out for a ‘melancholy’ dinner alone, sporting un-straightened hair and no make-up (don’t even get me started on the infuriating habit of labeling women as “tired” when they don’t wear make-up…). Never mind that she too has been extremely busy since the announcement, as Gwyneth travelled to Hong Kong to promote her cookbook It’s All Good, and her lifestyle website Goop, with talk that Goop is planning on opening a store in California, let’s focus on how tired she looks instead.

But since Gwyneth hasn’t given the media anything other than her appearance to report on; no break-downs, no tears, no arguments, they have taken another tack. Gwyneth is now being labelled by the media as ‘insufferable’ for ‘bragging about her perfect divorce’.

‘“Conscious uncoupling” has become a joke among Gwyneth’s friends. All she’s doing is bragging about how peaceful her divorce is and how she and Chris planned it so perfectly that it is hardly disrupting their lives. Gwyneth has always thought she had the most perfect life and even though she’s getting a divorce and both of them are getting bad press she doesn’t care. She has become insufferable saying how happy she is with the way everything is evolving. It’s so ridiculous to listen to her talk as if nothing bad is going on at all for her. But Gwyneth has always had a protected privileged life and this is no different.’

Because how dare she actually be happy with her life, right? Here is a woman who knows her own mind and is capable of making a difficult decision about her life and her happiness, and going about it with dignity and grace, I might add – but obviously that is completely unacceptable. The media must find something negative to focus on.

And where is Chris Martin in all of this? Like George, Chris has managed to escape negative scrutiny while his private life is splashed across the headlines, as tabloids are far more focused on insulting the women in their lives.