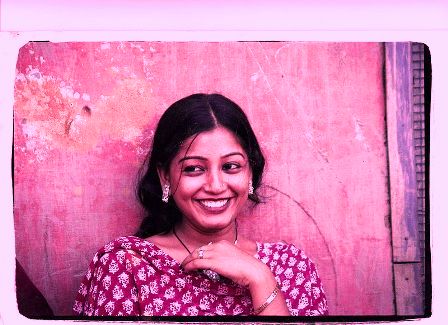 I grew up knowing that there were certain things I could never do: date boys before marriage, get less than perfect grades, get inked – the list goes on. Being a good, traditional, Indian daughter was an important concept for my parents. They had a path already laid out for my older sister and me. It involved lots of math and science, marriage to an Indian man, and nothing that would shame the family (see above the short list).  I was never given “the talk.” No stories about the birds and the bees for me. Sexuality and sexual health were never topics deemed appropriate for my family to discuss with me; school took care of the latter, but I was never sat down and told anything about the feelings I was experiencing or how weird things were getting with my body.

It wasn’t that my mother wasn’t willing to discuss them with me, but culturally, they were topics that didn’t need elaborate discussion. Sexuality is a subject often considered taboo by a lot of South Asians, so any time it was brought up I could see obvious signs of discomfort creep onto the faces of my family members. My aunt, who also happens to be one of the strongest and most intelligent women I have ever met, said that I should be a virgin for my husband. The heteronormative beliefs and purity concept runs deep within my older relatives’ belief systems – they are relics of a land that they can never truly leave behind.

University is where I’m really starting to understand not just my body, but where my beliefs lie politically and spiritually. As a woman growing up in this society, I realise that I will always be judged – not just as a woman, but as an Indian woman. The Indian community here in America is ruthless and unforgiving. They can eat ladoos with you, but they’ll talk about your career choice, family members, and how uneven your bindi sits on your face. True, not all Indians are like this, but I have twenty years of being around many Indian families and groups to understand what the majority’s mindset is towards those who don’t live up to certain standards.

I will be critiqued on how well I live up to the ridiculous image of what a good, traditional Indian daughter looks like. But really, at this point, I couldn’t care less about what the Indian community thinks about me. I’ve crossed off that entire list. But I do care about how my parents think of me, especially my mother. My family is my solid foundation; without them I wouldn’t even how a clue of what it was like for South Asians who made it in this country. My mother taught me that one must radiate independence and strength; my power should come from my education and I should take advantage of what this country has to offer me. So keeping in mind these lessons, as well as refusing to adhere to anyone else’s definition of what it means to be a “good” Indian, I’ll wind my way through university and eventually through the real world, embracing my sexuality and understanding that it in no way makes me an immoral and impure human being. I’ll create my own definition.

One thought on “the good indian daughter”