what lana del rey teaches us about the “perfect” girl 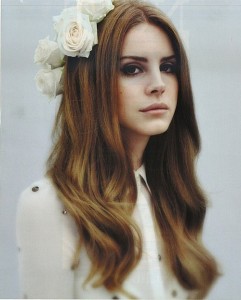 With today’s power and abundance of social media, it’s very rare to discover an artist’s music without already having some sort of preconceived idea about what you’ll think of them. Lana Del Rey’s music has always been clouded for me with the pervasive opinion that she’s a fake. Little criticism about Lana Del Rey’s career is about her actual music, but her image seems to be under incessant scrutiny. Lana is accused of romanticising the ‘sad girl’ vibe. Her vintage aesthetic isn’t genuine, her image is too calculated, and we can’t trust her. However, when I finally got around to listening and paying attention to her music and watching the accompanying video clips, I was amazed to discover the perfect woman.

‘Perfect’ in this context doesn’t mean that she’s smooth as silk, no wrinkle or crinkle to damage the goods. Instead, Lana epitomises everything I will never be as a female but feel pressured to embody. All those frustrating paradoxes and expectations, which get pressured onto girls every day – Lana rules them. Her sultry croon elicits an image of a girl who is fun, wild and determined, yet vulnerable, heartbroken and yearning for a man. You can’t pin her down but she’ll pin herself to you. She’s emotional, beautiful, gentle and fierce. Her costume is an unbearably perfect mix of vintage and contemporary fashion – Lolita lost in the hood. Lana serves us what a woman ‘should’ be, yet it’s so obviously well-put together that it’s her biggest criticism.

We desire a connection with our artists. We want to recognise ourselves in their music and to make us feel supported in our emotions and life experiences as we listen. We also demand to be entertained. The line connecting authentic and eccentric artistry is a very fine one. Lana apparently falls over it. So does Miley Cyrus. Lady Gaga, however, has always been embraced for her persona. All three women have asserted that their public image is genuine yet Cyrus is too far from society’s ideal woman and Lana is too close to her. Does this mean that, in fact, we are well aware that this perfect woman doesn’t exist? Does Lana make people uncomfortable because she shouldn’t exist and the only way she ever could is through faking it? What’s important to note is that Lana tried to have a career under her own name, Lizzie Grant, but was a flop. With an image change, the creation of Lana Del Rey, Grant has become one of the most famous female artists in the music industry. Lana simultaneously reminds us that you will never be a perfect girl and that, in society’s eyes, you are expected to try regardless. Criticism is rarely about what you say, rather how you look while saying it.

Another thing that I discovered upon my listening to Lana’s music was just how smart her lyrics are. She may look like the ultimate woman, but she pushes gender roles. She sings about wanting power, fame and physical pleasure as much as the next rapper. Her song, Money Power Glory, doesn’t shy away from her desire of these things and her understanding that the only way to get them is to exploit the system and play the game. Her song National Anthem, with the opening lines ‘money is the anthem of success, so before we go out, what’s your address?’ is a powerful love song to America’s obsession with money and status. It is played as a backdrop to a video, which features homage to the Kennedy’s but with an interracial couple. Lana’s songs touch on many aspects of our culture.

Perhaps what is most problematic about her is the way she expresses these ideas. She had been called a ‘step back for women’ because of the romantic hue, which she casts over her songs about love, power and (it can’t be ignored) abuse. Lana is in no way a role model. Her statement that feminist issues just don’t interest her is disappointing. She doesn’t seem to want to join in the conversation, preferring to create music without really thinking of the consequences. I am not advocating we all strive to become like Lana Del Rey. If anything, Lana is powerful proof that the perfect, sweet and un-opinionated girl we have all been taught to be is impossible to become.

Elizabeth Grant (Lana’s real name) recently celebrated her 31st birthday. She’s not a girl anymore. She is imperfect in her perfections. She is not my role model and that is precisely why I am grateful for her. I can enjoy her music and for a moment be transported to another, sultry, rose-coloured world where boys and girls are meant to be together no matter what happens. But, when I stop listening I come back to a reality, which is much more nuanced than that. This is a reality of gender, which takes a while to come to terms with, but, ultimately, I’d rather be an imperfect girl than a silky-smooth one who sacrifices her opinions for her image.