when it comes to romance, is real life better than fiction? 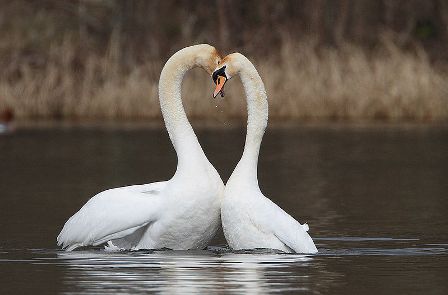 It’s unfortunate, but Scandal, Shonda Rhimes’s successful network drama, has mostly come down to one word: Olitz. The show’s protagonist Olivia Pope (Kerry Washington) and her lover Fitzgerald ‘Fitz’ Grant (Tony Goldwyn) have a romance so extraordinarily dysfunctional that a portmanteau was inevitable. It is a nifty hashtag for the Twitter favourite: last season it averaged 132,000 tweets an episode and the show has become a regular subject of online Friday morning analysis.

What complicates Olivia and Fitz’s relationship is the latter’s job and family.  He is a married father and President of the United States and Olivia was an aid on his campaign.

The story is mostly typical. They meet; they fall in love; they have an affair – his wife, the ambitious and cunning Mellie (Bellamy Young), doesn’t easily inspire sympathy – he becomes president; she quits.

It’s unfortunate that this affair should dominate the discussion of Scandal because it overshadows the important and noteworthy point of the show. Olivia is exceptionally good at her job, and is surrounded by people who are just as good as she is, though they may not always be on the same side. Kerry Washington is the first black woman to lead a primetime network drama since the ’70s and the cast is one of the most diverse on television.

Loosely based on a real woman named Judy Smith, Olivia is a “fixer” in Washington, DC; part detective, public relations expert, part crisis manager. When a prominent politician is accused of treason, or a high profile CEO is ousted for sleeping with her law professor in college, she and her team at Pope and Associates are called to handle it. We’re introduced to her when an intern accuses the president of fathering her child.

Thus begins the now two-season long rollercoaster of Olivia and Fitz. She is torn between walking away from their complicated affair for a “normal” existence and reconciliation. The dilemma makes for explosive fights, tearful phone calls, stolen moments and exciting television.

So perhaps there’s a good reason the saga of Olitz is what inspires so many tweets of frustration. It’s been pointed out before, but Scandal is essentially about a woman skilled at fixing everyone’s problems but her own, the biggest being that her idea of romance is ‘painful, difficult, devastating, life-changing, extraordinary love.’ It’s with these criteria in mind that she ends a relationship with a decent and kind man. He is unattached and uncomplicated. He is a nice guy, maybe the perfect guy were it not for his lack of passion. ‘Passion’ to Olivia means something entirely different to her soon-to-be ex.

Yet, Olivia’s definition is echoed on television time and again. Though Rhimes’s execution is distinctive (bordering on absurd), the small screen has delivered similar plots many times: Sex and the City’s Carrie and Mr. Big, Girls’ Hannah and Adam, and Grey’s Anatomy’s Meredith and Derek (another Rhimes creation). People enjoy watching these tumultuous and sometimes emotionally abusive relationships, and they passionately defend their favourite couples. Years after the series ends and the female lead has made her choice, fans stick by their own: Ben or Noel? Pacey or Dawson? Big or Aiden? Jess or Dean? Heartache or stability? For most TV dramas, the choice is clearly heartache.

(It’s important to note that all of these couples are heterosexual. While that might sometimes contribute to the power imbalances in a relationship, it’s not always the case and not always the only source of conflict. Professional seniority, socioeconomic status, ability and race are ways through which one person can exercise power over their partner. In The L Word, Jennifer Beals’s character, Bette, uses her privilege as a professional woman against her girlfriend, Tina, many times throughout their story arc. Tina was for some time a stay-at-home mum dependent on Bette’s income.)

To what extent does entertainment determine how much misery we’ll tolerate? How are our choices influenced by this trope of painful but ultimately life-changing love?

‘It’s actually quite scary because it’s a subliminal message. It’s not like [the viewer] is going to pick a fight with her boyfriend. It’s at a subconscious level’, says psychotherapist Nicole McCance. She is a Toronto-based relationship expert, TV-personality and best-selling author.

‘Your life stops and you become so immersed in these characters that they feel like your friends,’ she says by phone.

‘I think women’s expectations change after they watch those relationships. It may not be obvious but absolutely; they change.’

This isn’t so hard to believe, especially when reality television blurs the line between performance and authenticity. Relationships are either manufactured or manipulated by producers; the already contentious couples, families and friendships are placed in situations meant to magnify their problems.

‘I believe that on some level we’re comparing that to our lives…how can [we] not when the episode stops and it’s back to reality?’

Of course, these shows and movies aren’t written in a vacuum. There’s an element of truth to the emotional turmoil depicted on-screen. Scandal makes explicit reference to the Clinton/Lewinsky affair in the first episode (Lewinsky was one of Judy Smith’s clients) and romantic agony has inspired thousands of songs, books, movies, and plays. Says McCance, even if we were to avoid television altogether, there would still be someone telling us that any romance worth having is one that occasionally makes us miserable.

‘I find a lot of my clients fall in love with a person’s potential. Like, “it’s really awful now but I know it will get great” because they’re bombarded with all of these messages that love is a roller coaster.’

On television it usually does get better. After nine seasons of psychological warfare, Meredith Grey and Derek Shepherd are happily married with two children. Olivia, despite the verbal abuse, voyeurism, threats and coercion, still hopes for marriage and a normal life with the president.

Many women can separate the melodrama of a fictional romance from their reality. For them, what’s tolerated on-screen would never be tolerated in their personal lives. But other women are more likely to adopt the standards fed to them by their beloved characters. In her eight years of private practice, McCance has found that the most vulnerable women are the ones who have witnessed similar relationships in their family and have nothing else for comparison.

‘Now they’re in their late twenties, they’re adults so they tend to look for drama and reckless relationships, telling themselves this is love; this is passionate.’

In the absence of healthy models, behaviour that seems problematic to outsiders is simply “misunderstood” the people in the relationship. The best thing people can do, in that case, is to articulate their concerns.

‘Real friends will take the plunge and risk confrontation to help somebody,’ says McCance.

‘Almost always, when their heads are out of the clouds, they’re grateful.’

None of this is to say Scandal promotes unhealthy relationships, or that television is always to blame for our dating missteps. Though they may have ulterior motives, more than one character has tried to shake both Olivia and Fitz out of their fantasy, maybe Rhimes’s way of reminding viewers that this is a show without real consequences. No one serves this purpose more often than the president’s closest advisor Cyrus Beene (Jeff Perry).

‘You two are so stupid and romantic and high on your own doomed love,’ he tells Olivia. The line could’ve been ripped straight from the most exasperated fan tweet.

But “boring” relationships are not necessarily without tension. In fact, says McCance, good relationships need the odd argument, and a lack of conflict can be just as concerning as endless dramatics.

‘It’s in the communication and in the navigating through this conflict that we deepen our connection and intimacy…not seeing eye-to-eye just means that you’re two human beings who are trying to make it work.’

Television can’t survive on only well-adjusted and sensible relationships – the soap operas of the world have outlived their primetime counterparts for a reason – but the dysfunction is best left in the fictional world.