a lament: the movement magician of second year 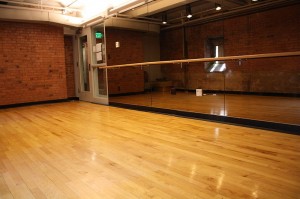 I am an awkward-as-fuck baby giraffe of a human being. It’s not that I’m uncomfortable in my body, I like to think that I’m so insanely comfortable, that I forget about my surroundings, leaving me susceptible to bumping into things and tripping on uneven ground. I like to drag my feet because I love indulging in the prolonged stimuli with the earth / pavement underneath my often impractical shoes, and I have an odd “un-ladylike” stride because I could be about to kick arse, you don’t know.

Before I began my acting degree at Flinders University Drama Centre, I was so much worse than this. I had shitty posture from an overly flexible spaghetti body (thanks Gymnastics). I had a tendency to walk hunched over with my eyes to the ground in front of me because – again – shitty posture and also I general avoided eye contact because awkward-as-fuck baby giraffes tend to be shy creatures.
All throughout first year we did yoga, acrobatics, contemporary dance, Pina Bausch-esque movement classes, and improvisation classes. My amazing teachers tried to pry me out of my uncoordinated and low self-esteem funk. It was difficult, considering I was in classes with beautiful girls who moved uniquely, but still with a confidence in all they were, grace or not. I envied that, so much.

Then second year came, and we were enrolled to begin Period Dancing, or Dancing through the Ages, whatever it was. Either way, I was a little apprehensive at the thought of having to follow some kind of structure from times when grace wasn’t only a trait for ladies, it was a prerequisite to be seen as one.
Our first day, we met our delightful teacher, Michael Fuller. He was all delicate hands, eloquent speech, and a juxtaposition between altruistic flowing and yet sustained, composed grace. He revelled in telling us stories of history, of surprisingly poor hygiene in France, the signature dance of Romeo and Juliet, as well as the manners in which men and women alike were restrained by their uncomfortable outfit choices, and how this often impacted the ways they moved.
For the first few lessons, I was my usual clumsy and over-apologetic self. If I didn’t trip, I would step on my partner’s feet, and I didn’t take too well to being led by another person in something so intimate as a dance. Before long, Michael suggested that I had a go at taking the lead in some of these dances, and being a class with predominantly female students, girls having to adopt the traditionally male roles wasn’t something unusual (and nor should it be elsewhere).

I was more comfortable when I was in a more controlling position (troubling enough). I was able to undertake some of the dances with more abandon. Towards the end of the semester, I was actually enjoying them. My teachers commented that I became more relaxed in my body, and able to reach a neutral place more. Those close to me mentioned that I was getting better with the whole eye contact thing, and was even better with meeting new people. I then grew more confident to pursue martial arts and yoga outside of class, because I felt empowered and in control of my body.
One aspect of the class that I loved, was that we were required to dress to instil a sense of the movement required for these dances. The gentlemen wore fancy shoes, and lovely jackets, and the ladies wore swishy skirts and shoes with a slight heel. Costuming and emersion within the sessions added to my confidence wearing more “feminine” things, plus not feeling like such a dunce when I do feel the urge to dress up a little.
At the end of our subjects with Michael, he added the comment to my evaluation, that I had my unique style, but was confident with it. I was so happy to have found that. It is something that I have aimed to achieve in all that I do, and helped me attain and harness a pride in who I was for the remaining two years at Flinders, and long after graduating. I saw Michael around uni, jealous of the students partaking in his magical classes, and I later saw him at some of my shows after graduating.
I met Michael Fuller at the perfect moment during my acting training; he set in motion a true turning point for me, not only through a dancing class, but through his wonderful passion for storytelling and sharing the importance of culture through movement, presentation, and sense of self. Something, as the only Indigenous kid in class, I had felt a little bit lost with.

I was so sad to hear of his passing, and was not surprised to see so many of those who loved him sharing their stories of how he made them feel better about themselves through a performative medium that might otherwise send fear into most people’s hearts. I was moved to hear that that he was accompanied by some of those people through some of his final moments in the world, as he lived, very much loved.

Thank you Michael Fuller, for bringing about a confidence in me, and in others that have made us better performers, and all-round better people for having known you.