an open letter to donald trump 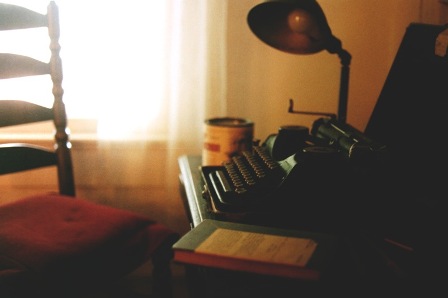 I’d like to start by saying this letter does not come from a strongly political place. These days, I find myself heavily disillusioned with politics in my own country, let alone yours. I have no interest in taking sides and my decision to write this letter was not politically motivated.

I felt compelled to write this letter not as a feminist…

Or a supporter of gun control…

But as a human being. One who is morally disgusted by what you stand for.

As a journalist, I have followed your campaign only because it has saturated most media outlets since it began. Basically, I had no other choice.

Over the course of the last few months, I’ve watched you spread racism, sexism and misinformation across your social media accounts (like, Nutella thick). I’ve also watched you encourage violence amongst the people you swear to protect and use hate speech on more occasions than I could count.

Your efforts to rationalise such behaviour, claiming that it’s ‘not politically correct’ but you don’t care, sicken me. I empathise with an entire nation of smart, educated, compassionate people who actually have to listen to your shit. The struggle must be so real.

It actually blows my mind that in just a few short months, you’ve managed to offend most groups in society, including women, Mexicans, Muslims, the disabled, Jews, Chinese and immigrants in general. That’s quite a feat.

I just wanted to point out that these people will actually vote in today’s election sooo… good luck with that! Especially with the42.4 million migrant ‘snakes’ that make up 13% of the American population. I’m sure your Scottish born immigrant mother would be just proud as punch of what her little boy’s grown to become.

Also, pretty sure the 1% of Muslims that actually live in your country (and Islam as a whole, for that matter) don’t ‘hate us’. A select group of radical extremists hiding behind the Islamic faith and using it to justify their actions? Sure, they probably do. But the vast majority of Muslims? Nah, they don’t hate you, Mr. Trump. Pretty sure the only one hatin’ around here is you.

…Oh! Except when you call them all terrorists. Just to clarify, a terrorist by definition is one who uses violence and/or threats to intimidate or coerce with political purpose (kinda like your whole campaign, cough). So, in essence, when you promote the idea of torturing and murdering terrorists’ families in the interest of national security, you’re initiating a terrorist act. Wow, #inception

In typical Trump fashion, I’m sure you’ve read this far and you’ve probably dismissed everything I’ve said as the mad ranting of just another woman, who must be hot in order to be a journalist. Because otherwise, I’d be unemployed, right? Or maybe you’re past that and all you see when you look at me is an aesthetically pleasing object. And please, don’t insult my intelligence by shrugging off such talk a joke or harmless ‘locker room banter.’ Just to be clear, you’ve only ever made me laugh once and even then, your choreography needed work (because Hilary’s was on point).

What genuinely amuses me is how you consistently accuse Hilary of playing the ‘women’s card’ but when challenged by actual women, it seems to be your only line of defence. Unlike you, this is not me brandishing the women’s card. I would never nurture a preference for a presidential candidate purely because we share the same genitals (sorry, Hils!)

As I said, I’m not trying to get on a political soapbox. Or a feminist one, for that matter. I have no political ties or allegiance to either party. And this is not my version of burning my proverbial bra in order to draw attention to the fact that a woman is running for office. I do not hate you merely because you are a man, or because your opposing candidate is a woman.

And yes, I’m also a journalist.

And if I dare say so myself, I’m an amazing woman and I’m damn good at my job.

And regardless of what you’d have me believe, neither of those things are dependent on my sexuality or how attractive I appear. To you or anyone else. Period.

Mr. Trump, I’m sure you’re absolutely thrilled that I cannot vote against you in your upcoming election. Should you ever need a reminder of what people actually think of you, perhaps you should remove Rosie O’Donnell’s name and insert your own in this tweet:

Best of luck with the rest of your campaign, Mr. Trump. Here’s hoping you quit throwing stones, because even the White House’s ballistic glass can only take so much.

2 thoughts on “an open letter to donald trump”