apolitics: should you employer proof your online activity? 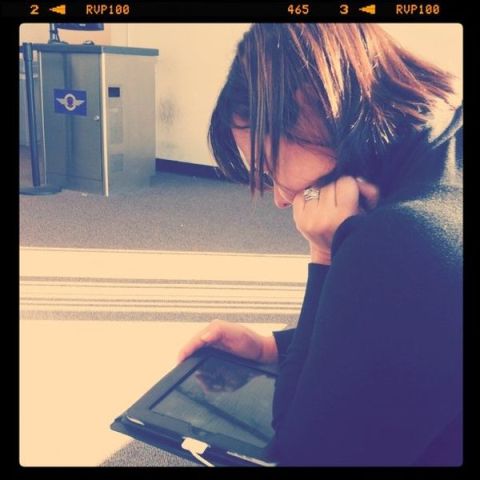 In Lynn Coady’s short story ‘Hellgoing’, published in the 2013 collection of the same name, the protagonist unleashes on her friends a weekend’s worth of frustration after visiting her father. Her friend Ruth leans in, ready with a ‘discussion question’ as the conversation turns to men in general. A feminist and academic, she never ‘punched the clock’ treating every gathering like one of her university lectures.

For passionate activists, that description might be uncomfortably familiar. The world – movies, literature, music, news and social politics – is seen through a political lens. It can be difficult to turn it off, making it a challenge to think in purely apolitical terms.

Navigating this online is another hurdle, and if you attach your activism to your bio be it on Twitter, Facebook, your personal blog, that lens becomes a calling card.

In an essay published on Matter, writer Chord Jefferson describes what he calls the ‘racism beat’: an occasionally unsustainable and unsatisfying cycle of think pieces contributing to the supply of think pieces. ‘Perhaps it was a feeling that writing anything would finally be too redundant to bear, a pursuit of too many sad and obvious words to heap onto so many other nearly identical words written down before, by me, by thousands of others.’

Jefferson writes about the emotional toil of tackling bigotry in print on a regular basis, but there was something else to this poignant piece that hit a nerve: the strange blending of the professional goals and personal experience. For a few lucky people, those things never come into conflict, but more and more, especially for young graduates just getting a foothold in the working world, the separation between work and life is elusive. Our professors have Twitter accounts, our co-workers add us on Facebook and follow us on Instagram, and – even more concerning – employers can easily search our name and find a digital persona. And it might not be exactly the one laid out on our resumes. Naturally, the thought that one’s future income depends on the result of a 30-second search is the source of some anxiety.

‘In the day and age in social media people do have to be very aware of the brand that they’re putting out, either intentionally or non-intentionally,’ says Toronto-based business communicator and certified coach, Eileen Chadnick. She is the founder of Big Cheese Coaching and author of Ease: Manage Overwhelm in Times of Crazy Busy.

‘Is it an issue? I don’t think there’s a blanket statement. But it can be an issue depending on what you want to achieve in your career.’

The sweep is almost immediate. Convocation ends, the post-celebration haze passes, and the profiles become more detailed and the photos better lit. But is it also a liability to be political online? To express frustration with, for instance, the many social inequalities we experience every day?

The term social media is somewhat of a misnomer. Digital platforms are no longer limited to after-hours activity. Companies of every size have become regulars in a world that, a decade ago, was once the domain of college students.  We might physically check out of work, but we are bombarded by company activity when we get home.

Consider the recent mess U.S. Federal Student Aid made when it used a blasé meme in a tweet last week; or the 2013 Oscar-night gaffe of parody media site, the Onion, after it levied a slur on then nine-year-old nominee Quvenzhané Wallis. Corporations aren’t answering for only their missteps, but their employees’ as well. Who knows what motivated Justine Sacco’s thoughtless tweet about her trip to South Africa, but the PR executive was fired before she got back to the United States. An extreme example for sure, but it lends credence to the concern that employers are more involved in our online activity than we realise. The degree of that involvement, says Chadnick, depends entirely on the company. ‘If [an employer has] a social stance or they have particular beliefs that are part of their value set they might look a little harder.’

Writers and other creative professionals, like Jefferson, might get some comfort from knowing their views and interests will find an outlet somewhere that will pay for good content. Liberal thinkers won’t need to tailor their views out of fear a conservative publication won’t hire them; strident anti-choice activists might not care to appeal to a fiercely liberal blog. Still, a company’s political stance isn’t always explicit. I asked Chadnick if that meant it was better to remain apolitical or, even better, avoid a conflict by staying off social media entirely.

‘I would never say, “don’t let anyone know, keep [your politics] private”,’ she said, noting that employers might look favourably on candidates who are active and engaged in public service.  ‘But I think what’s going to be important is how do you conduct yourself and how you communicate online.’

Several hundred-word status updates on Facebook might not endear many people to their authors, but a social media landscape empty of disparate political chatter is dull. (And someone who wants to be a ‘thought leader’ should probably have an online presence, Chadnick says.) While brunches that evolve into feminist, pacifist, or anti-capitalist digressions aren’t always socially desirable, there’s a space for them somewhere online. With some caveats, of course.

‘The individual has to decide: do they want to take that stance, and if they do they still need to think about being respectful.’