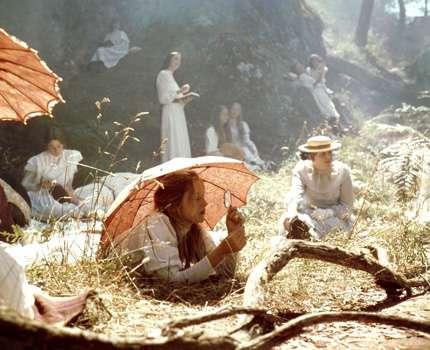 After three not particularly impressive months of winter, the most glorious time in the Australian seasonal calendar is again making itself known. The ominous mornings of impending, thermostatic doom have replaced winter’s feeble attempts at the cold and the miserable. The sun, not merely content with its steadily increasing presence, has increased in severity – already capable of penetrating layers of pale skin. Beaches, again, have become appealing to the masses. Cicadas have re-emerged from wherever it is that they went to, and, most impressively, Australian flora has returned with its almost alien bursts of spectacular, muted colour.

Summer in Australia is not a welcome respite to a harsh, cold winter as it is for many who live in the Northern Hemisphere. It is Australia’s quintessential season: unique, spectacular and utterly unforgiving for those (un)fortunate enough to exist under its cruel gaze. Spring is the prelude to this period: an almost contradictory exception for Australian flora and fauna wherein life is actually permitted to flourish. This is, however, a charmed life and the Australian knows, all too well, the inevitability of nature’s impending death. Summer in Australia is not merely a season. It is, on its own terms, a force to be reckoned with.

In Peter Weir’s Picnic at Hanging Rock (1975), the loveable quirks and undeniably malign nature of our natural environment is, for a good part of the film, a central focus. In fact, the flora, fauna, environment and weather of the Australian continent are characters within their own right. They are much more interesting than the blithe, almost ethereal troupe of school girls who fall prey to its capricious ways. Australian nature is the perfect antagonist and Hanging Rock is an exemplary rendition thereof.

In Summer 1900, on St Valentine’s Day to be more precise, the pupils from Ms Appleyard’s (Rachel Roberts) repressive, snoot oriented school for girls depart upon a much anticipated picnic. Amid many histrionic ooohings and aaaahings, the girls and a paltry selection of teacher chaperones arrive at the picnic site, set up camp, eat, and promptly fall asleep. This is no natural sleep, as the many hootings of pipe music immediately make known. Arising from this slumber and having had been exposed to the mystical vagaries and whim of the eponymous rock formation, Miranda (Anne-Louise Lambert), Irma (Karen Robson) and Marion (Jane Vallis) are hypnotised; lulled from their sleep by a sinister force. They take a spontaneous bush walk, despite their inadequate attire and footwear, only to vanish. Even the austere Miss McCraw (Vivean Gray), too, disappears.

Never does Picnic at Hanging rock show us explicitly why it is that we should be scared. What occurs is technically quite banal: three foolish girls and a teacher take a walk into the Australian outback without food, water, a map or a satellite phone. It’s fairly simple and we should all really be snoring well before the film reaches its halfway point, yet this never happens. Somehow, this is all very terrifying and very real. Perhaps this is due to the fact that we have all, at one point in our lives become a teeny tiny bit lost whilst gallivanting about in the Australian wilderness. Perhaps it is inspired by the thought of the permanent skin damage most likely inflicted upon Miranda, Irma, Marion and Miss Craw in those dark ages before sunscreen. Or, more realistically, perhaps it is because every aspect of this natural setting; the heat, the insects, and most importantly, that rock are all intrinsically so terrifying and so profoundly real. Australian nature is intrinsically so frightening in its own right, and Peter Weir’s magnificent direction captures this perfectly.

That said, spring’s ending is now nigh. The days are longer, brighter, and – dare I say – angrier. Naps have become suddenly appealing. Sunscreen is no longer merely an option. Water again tastes excellent. However, should anyone be harbouring strange desires to clamber up hostile rock formations, now is probably not the time.

One thought on “celluloid relapse: picnic at hanging rock (1975)”