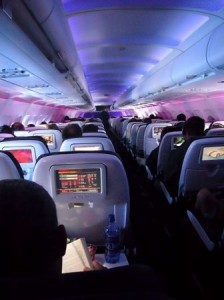 The federal government has promised to crack down on differences in travel and accommodation allowance spending for male and female athletes, but is it a conciliatory gesture in an industry with wider problems?

On Wednesday, the Department of Health announced that Federal Minister for Health and Sport Sussan Ley had written to Australia’s peak sporting bodies, alongside Australian Sports Commission (ASC) Chair John Wylie, to call upon them to continue supporting the growth of women’s sport. More specifically, the letter included a proposal to make ‘gender-neutral travel policies for senior major championships’ a condition of ASC investment in their sport. Essentially, such measures would force sporting bodies to equalise travelling and accommodation conditions for all athletes – no matter their gender – or risk losing out on federal funding.

Minister Ley noted a number of recent examples of Australian women more than proving their worth in sport, including the Diamonds winning the netball World Cup, the Southern Stars winning the Ashes and the success of the inaugural Women’s Big Bash League. ‘In 2016 we can think of no defensible reason why male and female athletes should travel in different classes or stay in different standard accommodation when attending major international sporting events such as world cups or championships,’ Minister Ley said. This statement rings true.

The move has been welcomed by players and their unions alike, with former Matildas captain Kathryn Gill calling it long overdue. A Fairfax Media investigation in 2012 caused outrage when it was discovered that the Australian women’s cricket and soccer teams had flown economy to the London Olympics, whilst the men’s teams had flown in business class despite having lower rankings in the world. Further, women’s basketballer Liz Cambage had been forced to pay to upgrade her seat from premium economy to business due to her height, whilst male players 20cm shorter had automatically received business class seats.

Funnily enough, this week Basketball Australia boss Anthony Moore called it ‘common sense’ for men and women to both fly business class, after allegedly giving such orders for high performance teams under his watch since last year. Meanwhile, Football Federation Australia quickly responded to the announcement, promising that the Matildas would receive the same standards of travel as the Socceroos at the next World Cup but ruled out doing the same for other major tournaments due to ‘resourcing’.world.s despite being lower ranked in the woldbe able to play out the rest of the season.

A number of people within the sporting industry noted that there were other, arguably more important, issues in women’s sport at the time of the announcement that also require government assistance. This includes equal access to facilities, funding for players and teams, and equal sponsorship. Tellingly, on the same day as the Minister’s press release, Basketball Australia announced that the South East Queensland Stars, a women’s basketball team playing in the WNBL, had been placed into liquidation. Thanks to a partnership with Logan City Council and assistance from Basketball Australia, the team will be able to play out the rest of the season. However, while this may be considered an isolated example, it highlights the broader issue of lack of funding and support for women’s sport in Australia.

Editor for new online women’s sport page SBS Zela, Danielle Warby, also questioned whether this announcement was such a huge step for women’s sport, when there were bigger issues to be addressed in the funding, promotion and administration of women’s sports.  However, she expressed hope that this step would be the beginning in the ASC and Minister Ley working together for gender equity in sport.

Of course, it is important that women are treated equally to their male counterparts, not just in sport but in society more generally. And there are numerous arguments to suggest that we must engender respect from the beginning in order to face the bigger obstacles towards equality. Just a few weeks ago, Lucy Clark in The Guardian contended that gender parity in political positions would assist in showing and encouraging respect for women, and it is a similar case here. That’s not to mention the fact that it’s simply unfair to the women who put their heart and soul into sport, only to be openly treated as inferior.

Particularly in this past month, we’ve seen numerous examples of sexism surrounding Australian sport – with rugby league player Mitchell Pearce allegedly filmed striking a woman and cricketer Chris Gayle’s hideous ‘don’t blush baby’ comment to a journalist. Perhaps equity in travel allowances will serve as a friendly reminder to society that women’s sport and women in general are just as important as men.

While there are certainly bigger steps to be taken, let’s hope that this is the first of many for Australian women’s sport.