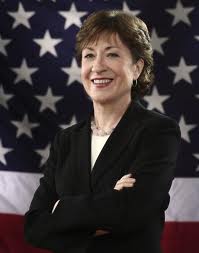 As the US Government effectively re-opens for business, it provides a useful time to reflect on the role of women during the shut down. In particular, the relationships that have forged between female Senators across the partisan divide provide an interesting and inspiring example of not only strong female politicians, but also on how the US and other governments can use common ground to overcome political divisions.

As the stalemate in the Congress continued towards danger point, it has transpired that women Senators took the lead in trying to bring both sides together. Republican Senator Susan Collins set out her ‘three point plan’ in an attempt to re-open negotiations and avoid the impending crisis. Resisting pressure from the right factions within their own party, fellow female Republican Senators Lisa Murkowski and Kelly Ayotte signed on with Collins to work towards a negotiable agreement.

From the other side of the chamber, these women were joined by Democrat Senators Barbara Mikulski and Patty Murray – both of whom worked with their Republican counterparts and reportedly offered crucial points of compromise. As the New York Times reports, about half of the bi-partisan committee who worked on the eventual compromise were women.

Whilst the rest of the US Government seemed stuck at loggerheads over issues of the debt ceiling and the Affordable Care Act (otherwise known as ‘Obamacare’), these women were setting the negotiation framework that would eventually influence discussions and lead to a workable solution. ‘Before I went to the Senate floor, no one was presenting any way out,’ Ms Collins said. ‘ I think what our group did was pave the way, and I’m really happy about that.’

Not to overlook the role of their male counterparts, there is no denying that these women were instrumental in breaking the US stalemate that did not seem to have any end in sight. In fact, their efforts have been applauded by notable male Senators such as John McCain and Mark Pryor, who both have stated that these women could ‘take most of the credit’ for the compromise that was eventually reached. As Senator Pryor joked, ‘…We are all just glad that they allowed us to tag along to see how it is done.’

This compromise reflects a movement amongst female senators that is being referred to as the ‘Senate Sisterhood’. Even before the shutdown crisis, these women were holding regular meetings with their fellow female colleagues to discuss all manner of issues, not just politics. It appears that this regular interaction has opened a dialogue that goes across the partisan divide.

Such a movement is quite ironic given that the US Senate held a strong reputation of being an ‘old boy’s club’. However, what these women reflect is that that particular ‘fraternal paradise’ mould of the US Senate is long gone.

Not that long ago women remained a rarity in the US upper house, with most female Senators only being elected as stand ins for a male relation.  Now, there are twenty female Senators and women also sit as ranking members of ten out the Senate’s twenty committees.

Whilst this progress is rightly applauded, there is still a long way to go in terms of female equality. As in most Western parliaments, women still remain underrepresented in the US Senate, with women only making up 20% of the total Senate demographic. What’s more, twenty-five states are yet to elect a female Senator and many of the influential committees are yet to elect a female chair.

Notwithstanding these reservations, the events of the Government shutdown and the role played by these Senators remain a leading example of the valuable role women have in governance and hopefully will only encourage others to follow in their path.