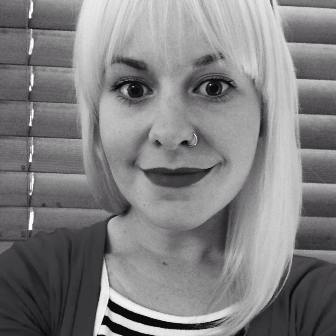 Describe yourself in one word. Oddity.

What inspires you?
I’m inspired most by the women in my life, particularly my mother. She had the most influence on me growing up because for a while, it was just the two of us. I’ve always looked at her and seen a strong, kind and passionate woman who did everything for me and my two older sisters, despite the odds being against her most of the time. She was never afraid to let me see her crumbling on the odd occasion, but when she picked herself up again and again, it only made her seem more invincible. True strength isn’t about being tenacious all the time, but knowing how to keep going in spite of uncontrollable forces. It’s a hard lesson to learn, but an important one nonetheless. And I’m grateful for the infinite amount of unconditional love, even on the occasions in which I – or the surly hellion in me – don’t deserve it. Being loving and resilient are two of my most valued character traits, and they came straight from the ol’ matriarch. And she has cool as fuck tattoos and plays in a cabaret-style rock band. She’s pretty good.

What’s the most important feminist cause in your life?
Street harassment is a big one for me. Namely because we have to make a big song and dance about it to get people to believe that it’s real, and not something that’s been blown way out of proportion by third wave feminism. But, of course, we also get vilified for the song and dance. The classic response is ‘Well what does it matter? You’re okay now, aren’t you?’ Well yeah, but when you’ve already been objectified, there’s no telling what’s going to happen next. And there are far too many women who didn’t get the chance to tell their story (only to then have it undermined).

What do you believe are the biggest challenges facing Australian women today?
This will definitely vary from person to person, but through personal experience and the collective experience of women I’m close to, there’s nothing quite like a strong sense of injustice. Every woman in my family has a detrimental experience(s) at the hands of men that they’ve spent years recovering from. The other party, however, always get to go on with their lives as if nothing has happened, and as if they’re not harbouring a big chunk of somebody’s spirit all the while.

Which feminist stereotype annoys you most? Why?
Being accused of hating men is so hilariously ironic, because I wouldn’t feel the need to vocalise my feminist views if it weren’t for misogyny (and internalised misogyny). In individual cases, if you’re a man and you do happen to be on the receiving end of my feminist blood boiling – I don’t hate you because you’re a man. Nor do I staple an automatically generated view on the forehead of every man that I come across. I hate your views, and, like anyone, I hate being pigeonholed. I probably hate your sense of humour too.

What would have to change before men and women achieved true equality?
Err … a lot. Until women don’t have to live in fear because they’re women, then we’ll be here. Not until the feminist movement is understood for what it is rather than what it’s being defined as can we progress to anything worthwhile. But I get the impression that the Internet might implode before that happens.

You’re hosting a fictional feminist dinner party and there’s room to invite three influential feminists. Who are they? And why?
Probably Anne Summers three different times. Or Kathleen Hanna, Carrie Brownstein and Miranda July, because they’re fantastic. And I feel like it’s highly possible that they’ve sat down to dinner together before, but I wasn’t invited.

What does the future of feminism look like?
That’s a tough question to answer. I just hope it looks better than it does now, and that MRA’s have been banished to a faraway island that Richard Branson didn’t buy because he didn’t think it was nice enough. And it only has one computer that permits five minutes of Internet usage per day, and there’s only one DVD – Blue is the Warmest Colour. Although all the racy scenes have been censored, and they only get to watch the relationship fall apart.

If we want to change the world, first we must stop giving children common names with unusual spelling.