for women living in poverty, the wage gap is even wider 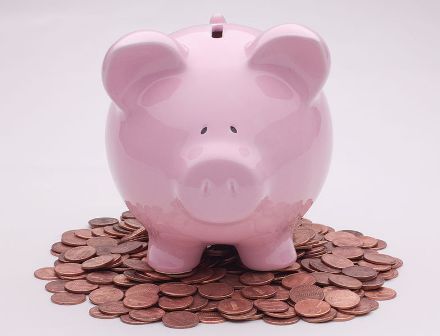 Years ago I was sitting at my sister’s kitchen table listening to ideas for naming the family’s newly adopted female pup. I challenged my young nieces to think about names of inspirational women they had studied in school; Anne Frank and Rosa Parks gained the top two spots.

The conversation continued on to women leaders, the working world and career choices.  When I mentioned that women get paid less than men – even though they may have the same career – my young nieces laughed at such a ludicrous notion.

Fast forward 20 years, and income inequality is a popular buzzword. Some use it to refer to the widening gap between the upper class and the working, low-income class. Income inequality also refers to the wage gap between ethnic and racial groups, as well as between men and women. Actress Patricia Arquette gave a call to action for wage equality for women in her acceptance speech at this year’s Oscar ceremony. Hillary Clinton praised Arquette’s comments, and in her own speeches hits hard with comments about the glass ceiling while decrying the gender wage gap.

There’s hard data to back up claims showing the gap still exists; in some cases, it’s wider than ever. This year it will take women 15 and a half months to earn what a man earns in just 12 months. The three and a half months is the gap in income, which the U.S. Dept. of Labor estimates as 78% nationwide. In Massachusetts, we’re at 82% overall, despite the signing of the Equal Pay Act in 1963.

How does this happen? According to the American Association of University Women’s publication The Simple Truth, it starts right after college. Similarly educated and experienced men and women start out after college with an 18% gap in earnings, with women earning 82% of what their male counterpart earns. Ten years later that gap widens, with women earning only 69%. The difference in the first year post-college can be partially explained by the type of jobs obtained. However, when college reputation, major, GPA, marital status and other factors are all accounted for and the field is level, there is still an unexplained difference of 7% between men and women one year after graduation, and that grows to 12% by 10 years after college graduation.

If academic achievement doesn’t protect against wage disparity, what happens at the lower end of the income scale? The Bureau of Labor Statistics gives us a sobering view. In food preparation and serving, and also in administrative office support positions, women earn 90% of what men earn. Within healthcare support, women earn 87% of what men earn. For building and maintenance jobs, women earn 79%, and in personal care and service occupations, women finish at 74% of what their male counterparts earn. At every level of academic achievement, and seemingly at every level of the pay scale, women earn less than men.

What, then, is a female head of household to do? At Project Hope, a multiservice agency serving families from the Dorchester and Roxbury communities of Boston, the overwhelming majority of households rely on a female as the primary financial provider – generally a woman of colour. At least half struggle to survive on earned incomes under US$15,000 per year. Anti-poverty programs such as the Earned Income Tax Credit and the Supplemental Nutrition Assistance Program do provide some relief for families. According to the Massachusetts Budget and Policy Center, these types of programs help lift 1 in 7 children out of poverty, despite major cuts in other supports, such as state-subsidised childcare, early education,  job training programs and access to reliable transportation. But what about the other six children still living in poverty?

A proactive approach by the Baker Administration would be to call for transparency at the state level. Job postings should publicise salary ranges for every position. Gov. Baker could encourage the corporate community to adopt this same practice, and to conduct salary audits. The issue of wage gaps can be used to influence public policy; one bill in play is called the Mass. Pay Gap Bill, which prohibits potential employers from seeking salary histories and requires them to disclose a position’s minimum salary. Studies have shown that in hiring practices, employers offer higher pay to the candidate with a previously higher salary, thus perpetuating the cycle of wage disparity. Publicising the starting salary gives information to both candidates, thus putting them on equal footing, regardless of gender.

As for my nieces, they named their dog Rosa. They are now educated and pursuing careers, and know firsthand what they are up against despite their academic successes and hard work.  As they start families of their own, how do they overcome an uneven playing field so that each of their children reaches his or her full potential?

In poor families that have female heads of households, it is even tougher; they struggle with the basic economics of being poor, compounded by a wage gap that rewards men over women, simply for being the “right” gender.

Elizabeth Zarrella Maglio is the Director of Sustainability and Outcomes for Project Hope, a multi-service agency at the forefront of efforts in Boston to move families beyond homelessness and poverty. Project Hope offers low-income women with children access to education, jobs, housing, and emergency services.