how to date a feminist: a very serious guide 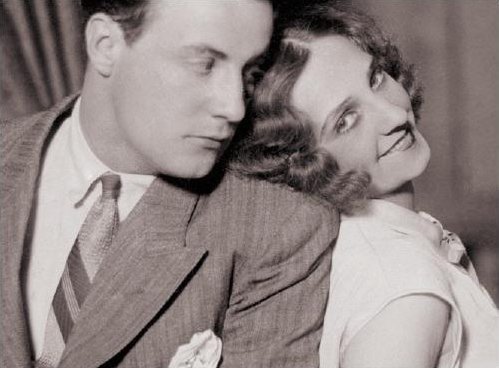 I actually don’t know how to approach this topic seriously without turning to you with my  resting bitch face and saying something like, ‘Treat her like you would any other woman or human being.’ I should probably add that if you just be yourself, your inherent goodness/badness will come through to whoever has agreed to go out with you.

Let’s face it – if you’re a run-of-the-mill sexist pig who doesn’t possess a single equality-supporting bone in your body, then you probably don’t want to date a feminist.

But, no, screw that. I want to have a little more fun. So here, for your reading pleasure, are 10 simple tips on how to date a feminist.

Sidebar: I’m approaching this with the assumption that every feminist is the same and, in fact, all women are homogeneous. I mean, we all know it’s true, right? Everyone knows the feminist ideology is one without its diversity or its quirks.

2. If she’s taking a doggy bag with some leftover pizza in it, don’t try to lighten her load by offering to carry it for her. Even though that container of grease and grit is awkward and annoying to carry, especially since she’s already holding on to a handbag, or a tampon bag, or whatever it is feminists use to carry stuff in, she will feel like it’s her duty to carry the bag. In fact, toss away all chivalrous behaviour. Being polite is sexist.

3. Let her pick the movie. Everyone knows that feminism means equality, and there is nothing more equal than letting her make all the decisions. And just remember, if she’s picked a rom-com, she’s not a true feminist.

4. After the movie, invite her back to your place. Everyone knows feminists are not “sex positive”; they’re easy. And if she’s promiscuous then she’s definitely asking for it, right? Don’t be scared if she suddenly screams out ‘I hate all men!’ when she orgasms, either. She’s just reinforcing the feminist set of principles written in their holy book of laws.

5. If after these initial dating rituals you’ve established a deep and meaningful connection and you are ready to start calling each other boyfriend and girlfriend, here are some things to expect for the duration of your relationship. First, don’t actually call her your girlfriend! Calling someone ‘my girlfriend’ implies ownership and no one owns her. Just get a dog and/or have a baby and take it out on them by calling them yours.

6. When she’s talked about violence against women, or rape, or the gender pay gap at the dinner table for, like, the hundredth time that week, she doesn’t mean to make you feel uncomfortable. It obviously doesn’t make her uncomfortable living in a society where she has been taught that ‘that’s just the way the world works,’ so why should you feel uncomfortable being the perpetrator of that mantra? At the end of the day we all know that the only way to change cultural norms like rape culture, the pay gap, discrimination, etc. is to be silent about them.

7. Don’t expect her to do the washing, cleaning, or cooking. Ever. Let everything pile up around the both of you and then just hire a maid.

8. Feminists aren’t emotional or dramatic like normal human beings. They’re more like stone-faced robots, so they won’t try to manipulate you or anything. Not like a normal hysterical woman on her period would, anyway.

9. Don’t expect babies. Chances are she’s way more invested in her career (and she can’t have both babies and a career). If she ever did have a baby it would only be to add to the feminist population and create her own army of feminists who would seek to annihilate men as they fight for equality.

10. If by chance you ever do find that special someone who happens to be a feminist, don’t get too comfortable. They are all bound to be spinsters, eventual old maids, crazy cat ladies, or all of the above, which makes this guide entirely redundant.

2 thoughts on “how to date a feminist: a very serious guide”