how women became the surprising pioneers of modern advertising 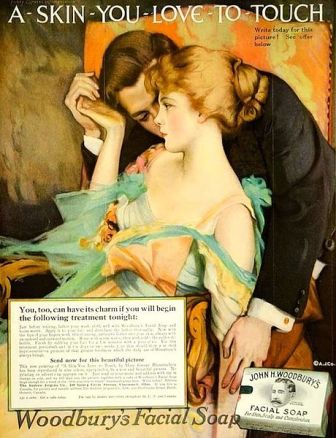 Advertising is an industry that is all too easy to dismiss as anti-woman. For decades now, the industry has grown while presenting women as objects to be consumed, all the while limiting opportunities for women who seek careers in the field.

The television series Mad Men reinforced the unfortunate status of women in advertising, from the Don Draper womanising types, to Peggy Olson’s difficult ascent to leadership, it becomes clear in watching that women in advertising have long struggled with being demeaned and dismissed.

Helen Resor grew up in a rural Kentucky town, one of nine children who were under the care of her single mother. Her career started at a local paper but she soon landed a job in New York, where her team consisted of journalists and suffragettes. As a team, they created some of the most influential ad campaigns of the 20th century, increasing sales by substantial numbers for each of their clients.

One of their most crucial successes was their digression from what was typical of advertising during the time, which was simply describing the product’s function without embellishment. For example, ‘an ad for Pond’s Vanishing Cream might explain its use (‘Promotes firmness of skin texture’) alongside a drawing of the bottle.’

Resor’s team, however, took a more psychological approach to advertising. Denise H. Sutton, author of Globalizing Ideal Beauty, notes that they connected the products in their desired consumers’ psyches with ‘a special kind of feminine allure, a hint of romance, social status, ideal beauty, or all of the above – techniques used in modern advertising by pairing attractive women with products.’

Another unique facet of Resor’s work was the way it disregarded the Victorian concept of femininity.

‘A common theme [of advertising at the time] was the call to be a modern woman’, Sutton writes. ‘Most of the depictions of women during that time showed them as housewives.’

At the time, Victorian morality dictated that women avoid traditionally male pursuits and interests, such as sports, entertainment, or work from outside the home, and relegated women to the duties of cooking, cleaning, and raising children. Resor’s department defied these norms.

One advertisement for Pond’s Vanishing Cream advertisement reportedly depicted a woman golfing, while the copy read: ‘The Out-Of-Doors Girl can easily avoid the unpleasant effects of sun and wind on her delicate skin.’ Other portrayals showed women playing tennis, riding bicycles, and attending parties – proving that women were interested in being much more than the average housewife.

But despite their innovative advertising strategies, the team was forced to adhere to the beauty standards of the time. While their ethos desired the feminist ideal of broad representation for women, they were only as revolutionary as the brands they represented desired. Similarly to modern day advertising, their revolutionary ideas were often watered down in the name of consumption.

Despite their limitations, it’s impossible to argue that Resor’s tactics were ineffective. As was shown by the success of Ponds, Crisco, and Cutex, the Women’s Editorial Department certainly was capable of running a successful advertising campaign, and while men maintained control of seemingly  more male oriented accounts like General Motors, the Women’s Department earned over half of the earnings for the Thompson firm, proving that the anatomy of a marketing executive is far more diverse than previously imagined.

The group’s first successful campaign launched in 1910, when Resor created the “A Skin You Love To Touch” campaign on behalf of Woodsbury’s Soap. Woodsbury’s sales skyrocketed after the scandalous campaign, which depicted a man and woman embracing cheek to cheek. Eleven years after the campaign began, the company was selling nearly twenty times as much product.

‘It was a major achievement,’ says Sutton, who claims that the ad was the first time sex was used for the purpose of advertising products.

‘If you look at the ad now, to a modern viewer, you wouldn’t think it was so sexy. But in 1910, it was, because it showed a couple embracing… It was a very intimate pose. It really was the first time an ad was inviting the reader to both desire and to be desired, to think of oneself as desirable and desiring.’

Today, sexuality and advertising go hand in hand. But the effectiveness to which sex sells is debatable. Some studies suggest that as many as 90 percent of women feel that advertisers don’t understand them. As such, it should come as no surprise that once again, innovation in advertising today comes largely from the work of women.

As Bitch magazine notes, O.B.’s “Hello Period” campaign was a great example of effective, women-led advertising. The campaign’s goal aimed to prepare young women for their first menstrual cycle by sharing experiences of young girls who had already been through it. To achieve this, the campaign’s creators ‘polled 12 to 17-year-olds about the preconceptions they had before their first periods, and what they learned when the time came.’

Christina Knight, the creative director for the Swedish company, notes that the client’s original brief was rejected almost immediately as they had asked for a concept that could be interpreted as childish and insulting, inevitably making young girls feel embarrassment and discomfort, rather than feeling comfortable with their first periods.

Instead, the creative department addressed serious concerns of young women, such as menstrual pain and the embarrassment that comes with buying tampons and pads. The campaign was so successful that it went global, later reaching the U.S. and countries across the world.

As has been shown through centuries of accomplishment, women are an invaluable asset in business whose varied life experiences provide perspectives necessary to innovation and effective advertising. Still though, when it comes to women in the workplace, they often times have more to prove, and encounter barriers not faced by their male counterparts.