‘i will not be lectured about sexism and misogyny by this man’: the campaign for a qualified minister for women 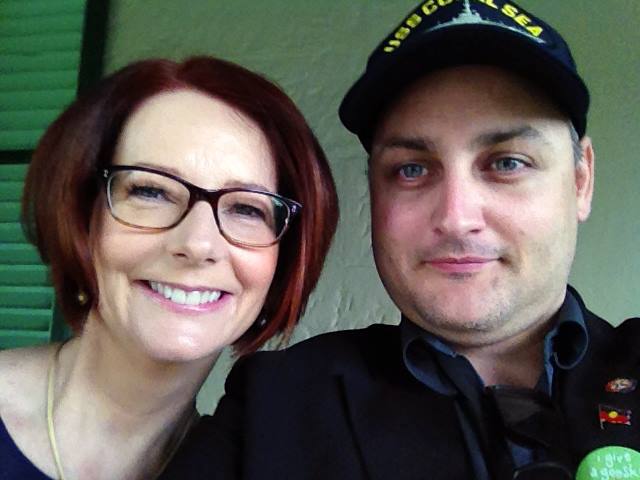 Prime Minister Tony Abbott’s decision to appoint himself Minister for Women created a media uproar. The move has been condemned by ministers of both main parties and has produced scathing responses in The Guardian, The Independent, The Age, and the The Sydney Morning Herald, amongst others. But so far there has been a surprising lack of engagement with the issue from politically inclined non-government organisations like GetUp and Avaaz.

Despite the silence, within a week of Abbott’s startling announcement, a privately made online petition has formed to pressure the new government to appoint a less controversial minister to take the folio.

The statement goes on to list the numerous sexist and homophobic comments that Abbott has made over the years.There has been a huge response for the privately started petition, which achieved its 10,000 signature goal in only 8 days.

‘It was really just a gut feeling that I had after reading the article in the Australian Independent News Media. It felt like if I didn’t do something about this now I wouldn’t be able to live with myself’, writes the NSW petition-starter and filmmaker, Matthew Joyce.

‘I believe that Tony Abbott will try to maintain some form of control over women’s issues in order to dismiss the importance of women’s issues. I believe this stems from an actual belief that men are better than women.’

The final petition will be emailed to Tony Abbott’s office as well as distributed in hardcopy to each member of cabinet.The petition will continue toward a 15,000 signature goal, with Joyce also seeking a team to create a commercial and use responses from the petition to gather celebrities, activists and politicians to pressure Tony Abbott into appointing a new Minister for Women.

For the first time since the Howard government was elected in 2004, a majority government has been formed. That is to say, there is now a Liberal monopoly of parliament, something that allows policies and laws to be passed without due consideration by MPs from varying backgrounds and political interests. And as Prime Minister Tony Abbott has, over the years, made his ideological interest in the affairs of women across Australia very clear, we can’t help but shudder over the implications of absolute power.

In 2005, GetUp launched its first campaign on the back of the landslide election of the Howard government. Its aim: to take note of the policies passed by the majority government and hold it accountable for the power that it wielded. This election we are faced with the same monopoly, but despite the outcry over our new Minister for Women and the possible repercussions on important women’s issues like abortion, contraception, health and equality in the workplace, as yet none of the major NGOs have attempted to fight this decision.

Online movements for social change have exploded in the last fifteen years, initially beginning with email petitions by organisations like MoveOn in 1998 and Amnesty International, whose first email campaign, ‘Stamp Out Torture’, in 2000, won The Revolution Awards. Non-governmental organisations have since demonstrated their ability to use online petitions to set prisoners free, fight corruption and spread information to every corner of the globe. More recently, not-for-profit organisations like GetUp and Avaaz, as well as for-profit websites like Change.org, have been hosting free online tools for internet users to easily create their own petitions and spread causes through viral marketing strategies.

Since starting his petition using these online DIY tools, Joyce has been contacted by a number of women’s rights organisations and activist groups who have offered their support.

‘10,000 signatures seemed to me in the beginning to be a fairly unattainable number and boy was I wrong. So I’m steadily building up a database of people to help when it comes to the next stage. It’s amazing to think that it was only a week ago I started the petition. So much has happened in that short period of time.

‘We’ve seen Tony Abbott time and time again not just ignoring women’s rights but abusing women. He has a history of doing so. We’ve also seen amazing women like Julia Gillard, whom I’ve met twice, standing up to Tony Abbott with that amazing historical speech…Tony Abbott can do a lot of damage to the perception of equal rights by not making women’s issues a priority issue of his government.’

Abbott’s new cabinet combines a lack of female ministers in parliament with a lack of portfolios for vital community issues such as Science, Climate, Mental Health, Disability, Aged Care and Energy. Women aren’t a high priority for the Liberal Party either, despite Abbott’s emphatic statements about a ‘whole of government approach’. The Liberal Party’s Policy for Women mostly consists of limiting “women’s programs” to areas of domestic violence which, while important, relegates women’s issues to victimisation in the home. The government promises an additional $1 million in funding to violence against women over the next four years through the White Ribbon campaign, an “information pack” about domestic violence for immigrating spouses and is introducing the controversial paid parental leave program, which adds $5000 to superannuation for mothers earning minimum wage and $50,000 for mothers earning over $65,000 per annum. These simplistic policies are heavily contrasted by Labor’s election campaign under Gillard, which attempted to spotlight positive and empowering policies such as women in the economy, improving the wages of pink-collar workers, women in leadership roles and improving assistance for working women.

The consistent newsworthiness of this issue and the instant response garnered by Joyce’s petition showcases the strength of opposition to Abbott’s controversial appointment in Australia. The large vocal response to Abbott’s decision, and the fact that the Women’s folio seems to be kept by Abbott largely for publicity purposes, shows that a concentrated push by the public and media outlets is increasingly likely to achieve success. If we stand together on this issue, men and women, demanding that Women’s Policies not be limited to having babies and being victims, then perhaps soon we will have a cabinet member with an actual interest in championing a wider scope for women’s programs.

34 thoughts on “‘i will not be lectured about sexism and misogyny by this man’: the campaign for a qualified minister for women”