if only i’d known: some friends are not forever 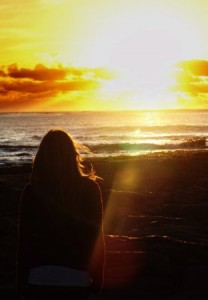 A colleague of mine once described the beginning stages of a relationship as the ‘best feeling ever’. She explained, ‘getting to know someone and the excitement of discovering what you have in common is just the most electrifying thing.’ Her comment was directed at her new boyfriend but I happen to think you can feel the same way about friendships more generally.

It’s really exciting when you first cross paths with a complete stranger and realise you have a tonne in common – you might posses similar quirks or share a sense of humour. Recognising there is someone who “gets you” is always exhilarating, but what of the moment when the person you thought was your kindred spirit turns into someone you can stand no longer?

Almost everyone I’ve spoken to on this topic has some experience with this. For some it was over after the first few conversations but the worst of it comes from severing ties after years of friendship. Losing a dear friend is never pleasant and the closer you are the more painful it is.

I learnt the hard way that some friends are not forever. No matter how close you are, whether you finish each other’s sentences and talk every day, much like an opened packet of Tim Tams, some things just don’t last. Sometimes it’s not personal – life’s unpredictable tide washes you in two very different directions till you can barely remember standing on its sandy shores, let alone who was once standing next to you. And sometimes it’s extremely personal- your values conflict so much you can’t understand them, you bring out the worst in each other and every interaction ends in an argument.

I can only think of one occasion where I made a conscious decision to “phase” someone out (to use Phoebe’s term – Phoebe from Friends, not any actual Phoebe). It had to do with the fact that this particular person viewed most of my actions as a failure on my part toward our friendship. If I caught up with another friend and she was not invited she thought I was ignoring her. If I didn’t reply immediately to a text message (even when I was at work) she viewed it avoidance.

In hindsight, I can understand that she was simply responding to what she saw as a growing distance in our friendship and was really determined not to lose a good friend, but unfortunately her attempts at salvaging the friendship was exactly the reason it came to an abrupt end.

Her behaviour only continued to escalate and after months of enduring this I tried to make it very clear that this behaviour needed to stop and that she needed to respect my space. The conversation took a turn for the worst and ended with my asking her not to contact me again. I told her I would contact her if and when I was ready. I was never ready and eventually we parted ways. This was precisely the result I’d been trying to avoid.

I don’t like confrontation. Even less than confrontation I hate it when people are upset with me so finding the courage to have that conversation was a really big deal. While I didn’t want to lose a great friend it was also really important to me that I didn’t feel the need to apologise for having a life that didn’t always involve her.

We bump into each other from time to time, and when we do it’s pleasant, sometimes even genuine but we can never be friends who move in the same social circles or who go out to lunch or share parts of our lives in any real way. Not because I don’t care about her – I wish her nothing but the best – but because my love for her does not outweigh the hurt she caused me over the years, even if unknowingly.

I also know that severing that bond must have caused her pain and for a long time that made me feel really guilty because for most of our friendship she was a very good friend to me. But years after the ordeal I realise it needed to happen because it was not healthy for either of us to continue down that path. I’m not sure if she’s ever forgiven me for phasing her out and I wouldn’t know how to ask even if I wanted to, but that situation taught me a lot about myself and others.

That encounter taught me to manage these situations before they escalate to the point where the issue cannot be resolved. It taught me to define the boundaries of friendships early on. I like my space maybe more than the average person. I also enjoy my own company, again probably more than the average person, and the healthiest relationships I have are with people who know and respect these things. It doesn’t make me a bad friend but it does mean I recognise that in order to give selflessly I occasionally have to be a little selfish.

I’m also a big believer in the importance of keeping good company. This means I choose to surround myself with people who bring out the best in me, who don’t add to the drama in my life and who don’t make me feel guilty for having other friends. I choose to be around people who don’t make a habit of gossip, who don’t begrudge me happiness and who make a point of being good people, because whether we notice it or not, we usually become a lot like the people around us.